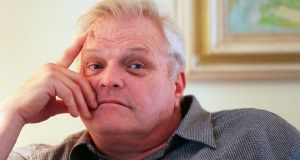 Veteran actor Brian Dennehy, known for roles on stage and on screen, has died aged 81.

“It is with heavy hearts we announce that our father, Brian passed away last night from natural causes, not Covid-related,” his daughter Elizabeth tweeted. “Larger than life, generous to a fault, a proud and devoted father and grandfather, he will be missed by his wife Jennifer, family and many friends.”

Dennehy, of Irish ancestry, was known on the big screen for roles in films such as Cocoon, Presumed Innocent, Tommy Boy, Romeo + Juliet and Gorky Park. His breakthrough role was opposite Sylvester Stallone in First Blood.

He was long associated with the Goodman Theatre in Chicago for his many performances in adapted works of Eugene O’Neill. His last appearance on stage was in 2016’s White Rabbit Red Rabbit.

“Theatre is something that I’ve always enjoyed and that I care about,” Dennehy said in 2016. “But as you get older, it is harder and harder to do, but it’s always worthwhile.”

Dennehy also amassed six Emmy nominations throughout his career, most recently in 2005 for sexual abuse drama Our Fathers. He was also known for roles in The West Wing, 30 Rock, The Good Wife and Miami Vice.

Most recently he was seen in the NBC crime series The Blacklist and he will be seen posthumously on the big screen in Son of the South.

“I have a nice house. I haven’t got a palace, a mansion, but a pretty nice, comfortable home. I’ve raised a bunch of kids and sent them all to school, and they’re all doing well. All the people that are close to me are reasonably healthy and happy. Listen, that’s as much as anybody can hope for in life.”

Dennehy is survived by his wife, the costume designer Jennifer Arnott, and his five children, Elizabeth, Kathleen, Deirdre, Cormac and Sarah. – Guardian