‘You are not my friend’: Kim Cattrall hits out at Sarah Jessica Parker after brother’s death

Feud between Sex and the City co-stars surfaces, with Cattrall claiming Parker ‘cruel’ 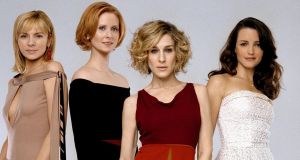 An ongoing feud between the stars of Sex and the City has plumbed new depths, with Kim Cattrall accusing Sarah Jessica Parker of exploiting the death of her brother. Cattrall’s brother Chris (55) was found dead last week after going missing from his home in Alberta, Canada.

After announcing his death, Cattrall thanked both her fans and her Sex and the City colleagues for support. But four days after posting that message, the actor, who played Samantha on the hit TV show, followed it up with an Instagram post directed at Parker, criticising her for “reaching out”, and saying she had been cruel.

My Mom asked me today “When will that @sarahjessicaparker, that hypocrite, leave you alone?” Your continuous reaching out is a painful reminder of how cruel you really were then and now. Let me make this VERY clear. (If I haven’t already) You are not my family. You are not my friend. So I’m writing to tell you one last time to stop exploiting our tragedy in order to restore your ‘nice girl’ persona. Copy and paste link https://nypost.com/2017/10/07/inside-the-mean-girls-culture-that-destroyed-sex-and-the-city/

In the post’s caption, Cattrall said Parker’s “continual reaching out” was “a painful reminder of how cruel you really were then and now”. She went on: “You are not my family. You are not my friend” and urged Parker to “stop exploiting our tragedy.”

Cattrall’s post linked to an article in the New York Post from October 2017. It described an ongoing feud between the stars which culminated with a dispute over whether to produce a third Sex and the City movie, which Cattrall said she did not want to do.

Parker has not publicly responded to the statement. – Guardian Service