TV guide: 15 of the best shows to watch this week 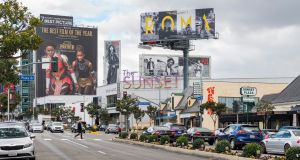 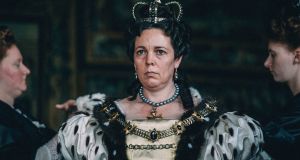 Oscar-nominated Olivia Colman in The Favourite 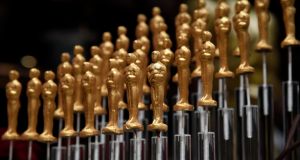 The 91st Academy Awards
Monday, RTÉ Two, 9.30pm
Get a black bin full of popcorn – even edited down, this is gonna be a long night. The annual Oscars marathon is on again, and only the most dedicated cinephiles will make it all the way to the final gong. Last year’s Oscars were dominated by the #MeToo movement as Harvey Weinstein’s accusers lined up to call time’s up on sexual harassment and violence. What controversy will characterise this year’s beano? Well, first off, there’s no host for the first time since 1989. Comedian Kevin Hart had been announced for the role, but after past anti-gay jokes emerged, he pulled out so as not to “distract” from the awards. Last year’s host, Jimmy Kimmel, didn’t want to do it; neither did a whole host of past hosts, so the Academy has decided to try to manage without a wisecracker-in-chief and just go with a star-studded list of awards presenters. At least Kendrick Lamar and SZA, Lady Gaga and Bradley Cooper, and Emily Blunt will be there provide some musical distraction. There are one or two smaller controversies: a proposed award for best “popular” film has been shelved, and some of the gongs will be presented during the ad breaks, just to keep things ticking along. Eight films are up for best picture: Black Panther, The Favourite, BlacKkKlansman, Vice, Roma, Green Book, Bohemian Rhapsody and A Star Is Born. You can bet history will prove the winner to have been the wrong choice.

Alpha Papa is back on air, and the world is a more dangerously funny place. The latest series starring Steve Coogan finds the hapless host in a happy place – he’s finally getting to back on the telly after 20 years in the local digital radio doldrums. Partridge has been asked to stand in as the co-host of weekday magazine show This Time, but can he get through his temporary stint without offending some minority group or getting someone shot? This is Alan’s chance to prove to the powers that be that he’s got the gravitas to become one of the Beeb’s heavyweight presenters, and that when it comes to handling such topics as seal pups, handwashing and cyberterrorism, he’s more Pat Kenny than Daithí Ó Sé.

Warren
Monday, BBC1, 9pm
Martin Clunes stars in this new comedy series, about a 50-something who thinks he knows better than basically everyone else, and has no patience for, well, anything. Warren Thompson is not exactly a people person, and his contrary personality gets him – and everyone else around him – into all sorts of trouble. When his partner Anne’s father becomes ill. Warren reluctantly ups sticks to Preston to make a new life with Anne and her two teenage sons. But it’s not long before he opens up a whole new world of mishaps and misundertandings (all of his own making, of course). In this first episode, Warren talks one of his stepkids into getting a job at the local garden centre, just so he can get a discount on pond liner. Middle-aged Man Behaving Badly? One Foot in the Gravy? Whatever, we’re hoping Clunes brings on the cringe factor big-time.

Mark Benton and Jo Joyner are back as hardboiled PI Frank Hathaway and his rookie sidekick Lu Shakespeare in the daytime mystery drama. This second season will see the mismatched duo investigate locked-room mysteries, dead ringers and Doppelgängers, vice, fraud, extortion and identity theft in rural Warwickshire. In today’s opener, Frank and Lu are given the seemingly simple task of tracking down a dog when the pampered pet runs away from its life of luxury. However, nothing is ever that straightforward in Stratford.

Eco Eye
Tuesday, RTÉ One, 7pm
Duncan Stewart head to Cork to see how the city – which ahs suffered from an increased amount of flooding in recent years – is dealing with climate change. He speaks to those in favour of and opposed to approved plans.

Safe at Last: Inside a Women’s Refuge
Tuesday, Channel 4, 10pm
Last week, Channel 5 broadcast The Abused and How to Leave an Abusive Partner Safely, highlighting the problems faced by women in violent or coercive relationships and the difficulties in simply walking away. Now, we get an insight into what life is like for those who have fled violent partners as, in a TV first, cameras go inside a women’s refuge. Those being filmed have agreed to be identified and we follow their stories over the course of a year as they rebuild their lives. The documentary also highlights how the refuge is struggling to stay open, despite Prime Minister Theresa May’s commitment to tackle domestic abuse. Anti-abuse campaigner Julie Walters narrates.

Inside Britain’s Black Market: Who’s Selling Fake Stuff?
Tuesday, BBC1, 10.45pm
Reporter Livvy Haydock looks at the people flooding the UK with fake clothes, handbags and pills, including a young importer of fake goods ready to sell on to buyers and markets around the country. She also investigates British sweatshop clotheses factories churning out the fakes.

Salman Rushdie published The Satanic Verses in 1988, sparking off a culture war whose repercussion can still be felt today. Muslims branded the novel blasphemous, and protests raged across Britain, spreading across the Muslim world to culminate in Iran’s Ayatollah Khomeini declaring a fatwa on Rushdie in February 1989. Broadcaster and journalist Mobeen Azhar goes back to his native Yorkshire, where the first protests began, and interviews people who were at the centre of the storm, and whose lives were affected by the controversy.

This powerful three-part BBC drama, first aired in 2017, centres on three young teens caught up in one of Britain’s most notorious child sex abuse rings. Molly Windsor stars as 14-year-old Holly Winshaw, one of girls being groomed by a gang of paedophiles in Rochdale. Maxine Peake portrays sexual health worker Sara Rowbotham, who blows the whistle on the conspiracy, but the police investigation is hampered by political correctness: the gang members are Muslims.

The Junk Food Experiment
Wednesday, UTV, 9pm
In the 2004 documentary Super Size Me, film-maker Morgan Spurlock ate at a certain famous fast food restaurant three times a day to measure the physical and psychological impact it would have on his wellbeing. This programme follows a similar format. Here, six famous faces – singer Peter Andre, The Chase’s Shaun Wallace, politician Nadine Dorries, actor Hayley Tamaddon, Olympian Tessa Sanderson and TV personality Hugo Taylor – put their bodies on the line by becoming guinea pigs in an extreme experiment to find out what eating junk food does to us over a period of seven days.

“When I tell people my story, they don’t believe it,” says Robert Shafran at the start of this astonishing documentary. It transpires that, adopted as a baby, he was one of triplets whose later meeting the film relates with great lucidity. Reviewing this Bafta-nominated film, Irish Times film critic Tara Brady wrote: “Working with Irish editor Michael Harte, director Wardle crafts an impeccable sequence of reveals that take in a refugee from the Holocaust, unethical scientific design, and files that can’t be opened until 2055”.

Other Voices
Thursday, RTÉ2, 11.30pm (repeated Friday, 12.35am)
Performances tonight from Villagers, Maria Kelly and Sam Fender, the latter the winner of this year’s Brits Critics Choice. All were recorded live at St Michael’s Church in Ballina, Co Mayo. May Kay and Huw Stephens present.

The Parkinson’s Drug Trial: A Miracle Cure?
Thursday, BBC2, 9pm
Filmed over six years, this two-part documentary follows 42 volunteers with Parkinson’s disease as they take part in a ground-breaking medical trial to test a new drug, run by doctors in Bristol. The first step is for all 42 to have surgery, implanting a device into the side of the head that allows the delivery of the drug into a deep part of the brain. The surgery and infusions that follow are medical firsts and the trial offers hope to the estimated 10 million affected globally.

Soft Cell: Say Hello, Wave Goodbye
Friday, BBC4, 9pm
Formed during the late 1970s in Leeds, Soft Cell went on to become one of the most colourful and charismatic bands in the history of popular music. Here cameras follow vocalist Marc Almond and instrumentalist Dave Ball as the English synthpop act reunite for an emotional farewell concert at London’s O2 arena in September 2018, which also marked their 40th anniversary. Footage follows the build-up to the gig and provides an intimate portrait of the duo at work, as well as revisiting places of their youth. Clips from the concert itself are woven in with period archive and music videos.