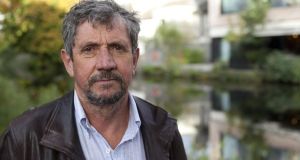 Nuance is not Charlie Bird’s strong point in his latest TV outing.

Charlie Bird, RTÉ’s retired news reporter, still has an awful lot of questions. Early in After the Headlines (Tuesday, RTÉ Two, 9.35pm), a new series in which Bird revisits major news stories for a belated follow-up, he rains down a few of them while staring intently at Dunmore East coastguard, Jim Griffin.

Where did the Pere Charles trawler go down when it sank in 2007, claiming the lives of five fishermen, he asks? Can the seas get rough here? How many times has Griffin gone out here, knowing he will face a tragedy? How difficult is it for him? Fishing disasters will happen, but why?

This should instantly refamiliarise you with Bird’s distinctive line of questioning, more relentless than illuminating, doggedly bulldozing away at current events in the hope of dislodging something significant.

Revisiting this dual tragedy of 10 years ago, in which a second capsized vessel, the Honeydew II, also sank off Waterford, claiming two of the four lives aboard, Bird might seek to advance the story: to discover new information, establish a wider context for how such tragedies occur, or report on what happened next. But the intention of the series, filmed and directed by Ross Bartley, seems mostly to revisit. “I spent my life going from one breaking story to the next, never stopping to look back,” Bird tells us in a tellingly glum opening sequence, filmed, with a touching command of semiotics, in a rusting scrap yard. “But these stories are now yesterday’s news.”

Bird, yesterday’s news reporter, is a starkly transformed figure, beneath a grizzled goatee and a tangle of grey curls, but his persona is much the same. Simultaneously grave and ingenuous, he bores into his subjects without no clear sense of what he’s drilling for. Michael Walsh, the owner of the Pere Charles, is asked why he agreed to the interview, as though he would have been wiser not to. But he gives a clear account of the drowned men, the chaos of the night and his own dark, lingering response: “I would have jumped off the pier that night. It was an absolute nightmare.”

In his search for facts, Bird has a particular fixation with numbers: how many drowned people two Dunmore East strangers know; how many hours a capsized man spent in the water; how many of 200 memorialised victims the Lost at Sea Tragedy’s founder Noel McDonagh knew personally. News reporting lives by such simple, straightforward interrogations, and people often answer with surprising, vivid details. But to revisit such a story 10 years later requires a nuance and an angle that elude Bird.

They are most egregiously absent when he interviews the families of the drowned men. “What’s it like not having a grave?” he asks the mother of Tom Hennessy, who died aboard the Pere Charles with his uncle. “It’s very hard,” she responds, stoic and frank. “You feel a bit jealous when people have funerals.”

Another grieving parent, the father of Honeydew II’s Ger Bohan, volunteers the grim comedy of his son’s stated wish to be buried at sea: “The crabs can have off of me what I’ve had off of them.” But dwelling, at length, on how long Bohan’s children had hoped to hear of their father’s return, or of how his widow feels without having had a funeral or a grave, mines personal, private pain without a larger purpose.

That is compounded by the fact that Bird never extends his otherwise exhaustive interviews to include the family of the dead, heroic Polish crewman Tomasz Jagla, without explanation. Bird ends the hour wondering, with an unforgivably lazy rhetorical device, about the culpability of fisheries’ management strategies putting the lives at risk. There’s one blindingly obvious response he does not solicit: Charlie, could you not have asked somebody?

It’s long after the headlines, but Bird’s revisit can’t get far beyond them.

The Cure’s Robert Smith: ‘I survived. A lot of people in London didn’t’
8