The Last of Us 2: An escape to a planet more bleak than our own

Highly anticipated sequel is a glorious, gloomy return to one of fiction’s most incredibly realised worlds 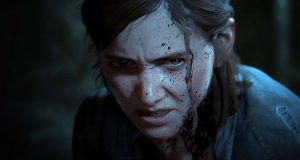 When The Last of Us 2’s launch was postponed in April, the headlines wrote themselves. A game set during the fallout of a devastating global outbreak, now derailed by the biggest worldwide pandemic in a century. As the sequel to 2013’s game of the year, and one considered by many the best game of this, or any, generation, The Last of Us 2’s launch would have been a big deal in any event. Its release late last week, with the past few months in the rearview mirror, have only made it more affecting.

Gaming has exploded during this current crisis. Digital downloads have increased by 80 per cent worldwide and doubled in the UK during the first week of its lockdown. Bountiful hours of free time, the ease of online procurement, and a willingness for a sense of escape have created a boom for the industry, at a time when other sectors are feeling their biggest squeeze in recorded history.

Animal Crossing, Nintendo’s adorably playful society-building game, has become the crisis’s signature videogame meme. With all the fear and paranoia in the daily news, why not escape to a world of anthropomorphised village critters, furnish your little home with cute art objects, and rejoice in the calm, stately pleasures of an island universe operating in harmony and quiet?

Where then does that leave The Last of Us 2, a game coloured with an altogether gloomier palette? The answer is that no game has ever felt so uncannily suited to its moment.

The first Last of Us game took place in a world 20 years after a global outbreak of fungal infection, which laid waste to human society and transformed its sufferers into several different flavours of walking dead. They are, essentially, zombies, although in the best tradition of “zombie literature that thinks quite highly of itself”, the Z word is studiously avoided.

So far, so schlocky. What elevates the series is a needle-sharp sense of place and character, tied together with the movie-quality dialogue, direction and sound design, giving both games an astounding ability to conjure genuine emotion and heart from stock premises.

Last of Us 2 is set a few years after the first, but the gig is much the same. Most of your time is spent roaming vast areas (rundown cityscapes, rust-coloured ruins, expansive rural wilderness), working out ways to navigate the dead ends of a post-apocalyptic environment, and taking on enemies that emerge as you progress.

If it’s odd to find escape in misery, it is perhaps odder still to find it in this specific misery of post-infection catastrophe. It would be absurd to suggest our own world is anything like this one, but there are uneasy chimes with the current moment throughout. Marching through the rusting metal of a curfew-imposed quarantine zone hits different in 2020.

So, too, does using a facemask to avoid exposure to fatal fungal spores. In a rare example of apocalyptic understatement, characters are only required to wear one when they traverse a place of heavy build-up. I can’t be the only player to gasp at their unintended complacency, having worn a facemask each time I’ve bought milk for the past few weeks. (Don’t even get me started on the fact no character washes their hands at any point.)

It goes without saying that the visuals are stunning: eye-wateringly gorgeous vistas of ruined cities and ghost towns, of overgrowth hungrily reclaiming the wreckage of a dead civilisation, of stormy waters coursing through the cavernous, bombed out highways of downtown Seattle. These graphics could be the reason my launch issue PS4 produces a noise not unlike a jet-engine any time I load it up.

And dven when the views are not so toothsome - you spend a lot of time roaming through dilapidated, mouldy old buildings, untouched in two decades of abandonment - they are still affecting. This is a world seething with baked-in detail, conjuring melancholy and nostalgia for a time and place that doesn’t exist. Everywhere are totems of time stopped. Bodies left untouched for 20 years. Posters dotted everywhere for films that came out the week the outbreak happened.

In a nice touch, there are even PS3s to be found in empty homes, the PS4 never having been invented in this alternate, infected universe.

If this all sounds a bit depressing, well, it’s meant to. The game is at times unbearably tense. Long combat setpieces that grind on longer than you think you can bear but, thrillingly, push through into transcendence when you emerge, bloodied and scarred but alive at the other end.

Developer Naughty Dog has been criticised in the past for crafting painterly, characterful games that sometimes function a little too much like playable movies. It’s true that there can be a sense that levels place you on rails, guiding you a little too swiftly along your desired route, and requiring little in the way of problem-solving or even interaction.

And while the cinematic trappings are everywhere on view, the game has its fair share of exposition. A suspiciously high percentage of the dead you encounter hold detailed, heart-rending letters telling their tale. There is indeed so much written backstory accumulated from peoples’ corpses, you’d think the fungal infection only turns you into a flesh-eating zombie after it’s given you an ungovernable urge for journaling.

All such quibbles are secondary when considered against the scope and depth of the play experience. It is exhilarating to play a game with this level of storytelling nous, with this balance of intrigue, excitement, horror and emotion. You are swept by the pathos and humour of characters you grow to love and, in one bravura twist of storytelling, forced to reckon with those characters you’ve been trained to hate.

The Last of Us 2 provides the perfect escapism of any well-constructed universe, by giving you that ineffable sense it existed before you arrived and will stay with you long after you’ve gone. In the end, the game is an escape to a planet more bleak and unforgiving than our own. But it’s mostly a glorious, gloomy return to one of fiction’s most incredibly realised worlds.

Virginia Giuffre’s heartbreaking, vivid account of being told to have sex with Prince Andrew
9

Mary Trump: How my family created the world’s most dangerous man
Real news has value SUBSCRIBE