The Assassination of Gianni Versace: I'll not allow that nobody to kill my brother twice

This expertly made, gorgeous-to -look-at new series makes his murderer into a somebody

Trailer for TV series, The Assassination of Gianni Versace. 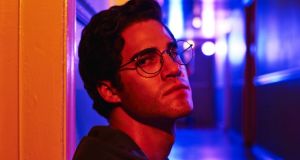 Andrew Cunanan, Versace’s killer, was a prostitute, a chameleon and a fantasist

Sitting in the sanctum of her brother’s mansion in Miami, just hours after his murder on the steps, Donatella Versace turns her grief into defiance: “I will not allow that man, that nobody, to kill my brother twice.”

Lending her immense beauty to the role, but borrowing acid blonde hair and a tight black leather outfit for it, Penelope Cruz looks slightly less like a late 1990s fashionista than an avenging angel, and nobody should be happier with her casting than Donatella Versace.

But if the Versace family have publicly distanced themselves from American Crime Story: The Assassination of Gianni Versace (BBC Two, Wednesday, 9pm), that scene seems to anticipate the reason. Why watch a loved one killed twice? Particularly when the show, however expertly made and gorgeous to look at, turns his murderer into a somebody?

Gianni Versace (a magnetic Édgar Ramirez) you already know – “It’s the jeans guy,” one crime scene cop helpfully explains – but if Andrew Cunanan (the implausibly handsome Darren Criss) is not a name that registers it’s because Versace’s killer really was a nobody: a prostitute, a chameleon and a fantasist, with nothing beneath it.

The first episode presents his slaughter like an operatic tragedy, as Gianni leaves the overdone Italianate opulence of his mansion for the trashy pastels of a sunny Miami morning, where his stalker awaits him in 1997.

Slain alongside a single white dove, Gianni’s death might be one worthy of an icon, or at least the launch of the new Spring collection, but writer Tom Rob Smith and director Ryan Murphy always bring something pointedly tacky into frame. A guy hawks a polaroid of the body. Tourists dip a magazine page in Versace’s spilled blood. An aspiring model struts for the TV news cameras. There’s no such thing as a designer death.

Instead, there’s a camp tension in everything. Cunanan had met Versace before, and their most significant conversation comes here on the set of an opera designed by Versace – luxurious and fake.

Versace, we understand, was a genius and a creator, but at the service of the wearer. Cunanan was a liar and a destroyer, ludicrously self-obsessed and burning with jealousy.

“I’m sure you’re going to be someone really special one day,” Versace tells him in that make-believe world of the opera set and brushes an eyelash from the young man’s face. Blowing it from the designer’s fingertip with the suddenness of a gun blast, we know what Cunanan wished for.