By signing a deal with Universal Music, the star has ensured all UMG artists will get a proper share in royalties from Spotify 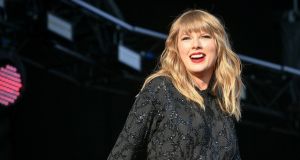 In 2018, no one has turned face better than Taylor Swift.

In the world of professional wrestling, few concepts are as longstanding than the heel turn. This, in wrestling lore, is the point at which a previously beloved good guy character (known colloquially as a “Face”) becomes a baddie (or a “Heel”). Examples of great heel turns include Bret “The Hitman” Heart swapping his soft, good guy persona to become an America-hating Canadian supremacist, or basically the last eight months of Kanye West’s career.

The opposite effect – the face turns – are harder to pull off, but often just as effective and, in 2018, no one has turned face better than Taylor Swift. Just a few months ago, she was adored by fans but carried a nagging sense among the uninitiated that she was something of a whiny, stuck-up drama queen.

This criticism, often unfair and regularly quite specifically gendered, encompassed everything from her supposed aloofness with fans to tongue-in-cheek claims that her squeaky clean, whiter-than-white image and political fence-sitting suggested she supported racist white nationalism. But perhaps the true crown of thorns came after her beef with pre-2018, popular Kanye, when it was alleged that she’d manufactured outrage concerning his lyrics about her.

Fast-forward to this week, and Swift has become the Robin Hood of internet streaming, by signing a deal with Universal Music which ensures all UMG artists will get a proper share in royalties from tight-fisted internet Scrooges Spotify.

“As part of my new contract with Universal Music Group,” Swift wrote on Instagram, the number one place for news relating to the remuneration rights for multinational streaming concerns, “I asked that any sale of their Spotify shares result in a distribution of money to their artist, non-recoupable”. The result is a great deal for Swift – she’s expected to make $200 million from the contract – but the best streaming deal in history for musicians, since her demand wasn’t just for her own catalogue but for every single artist on that label’s roster.

All of these are now eligible to get more cash from the notoriously tight-pocketed streaming giant Spotify, who have long been under fire for squeezing musicians dry in their monopolistic practices. To Swift’s credit, this was not a new stance, as she had previously taken her music off Spotify in protest of their meagre payouts, but the internet didn’t notice because it was too busy teasing Tom Hiddleston for going out with her.

Hot on the heels of her dashing the hearts of her more racist fans by coming out in support of Tennessee Democrat Phil Bredesen in the American midterms, it seems people were very much backing the wrong horse in the Taylor v Kanye war (2009-2016). Internet justice may prevail in the end, whether it’s swift or not.

The Books Quiz: Who wrote the famous line: ‘Hell is – other people!’
10