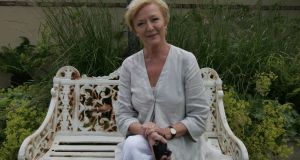 She died suddenly on Thursday at home, RTÉ said in a statement.

President Michael D Higgins and Taoiseach Leo Varadkar were among those to pay tribute, the President describing her as “a superb professional” who was “deeply respected, trusted and much loved”.

Mr Higgins added: “She was one of the very early exemplars to those who sought a proper representation of women in broadcasting.”

Dee Forbes, director general, RTÉ, said: “Marian was a broadcaster of immense capability; a household name, she was first and foremost a tenacious journalist with a zeal for breaking new ground.

“From Women Today to Liveline to her weekday radio show on Radio 1 and, latterly, her enormously popular Saturday and Sunday radio programme, she tackled the big social issues of the day with command and insight.

“Multi-skilled, she forged a distinguished career on television, as well as undertaking significant charity work in Africa. Ireland has lost a unique voice. RTÉ has lost a beloved colleague. My sincere and heartfelt sympathies to her husband John and son Jack.”

She had tragedy in her family life when her daughter Sinead developed leukaemia and died, aged eight, in 1990. With her spouse John Clarke, she set up the Friends in Ireland charity in 2002 to assist destitute children in South Africa having seen at first hand the impact of the HIV/Aids crisis there.

Joe Duffy, who took over the Liveline programme from Marian Finucane, said she had been a trailblazer in broadcasting.

“It’s an enormous loss to broadcasting. She had so many years ahead of her,” he said on RTÉ radio shortly after the news of her death was confirmed.

“She invented Liveline. It was her way: she was a voice of reason...everyone knew they would get a fair hearing from Marian.”

Duffy said Finucane had a fantastic sense of humour and a brilliant way of getting the truth out of her interview subjects.

He said: “I spent many hours in the studio with Marian. She was thorough, courteous and professional. I’m very sad to think that we won’t hear her voice again on the radio.”

He said “she was a great feminist with an interest in arts and culture and politics”, and “in her distinguished career she could hold politicians from all parties and none to account on her hugely popular weekend shows”.

Catholic Archbishop of Dublin Diarmuid Martin said he was saddened by the news, citing Finucane’s “immense courtesy and professionalism as a broadcaster”.

RTÉ chairwoman Moya Doherty described Finucane was “a pioneer in women’s broadcasting” and said she was “rightly renowned for her fearless yet human interview technique”.

“Many who work in broadcasting today, male and female, owe her a great debt. RTÉ has lost another great champion and another great talent, but we are the richer for having known and heard her work.”

Jim Jennings, director of content, RTÉ, said: “The work and legacy of Marian Finucane is without parallel in Irish broadcasting. With the committed team on Women Today she tackled issues that were largely uncovered and unspoken.

“On Liveline she templated a phone discussion format uniquely suited to Irish audiences. An award-winning documentary maker, she was an interviewer of profound sensitivity and insight.

“As presenter of RTÉ Radio 1’s flagship weekend morning programme, she had the pulse of the nation.”

Marian Finucane is survived by her husband John Clarke and son Jack.