Podcast of the week: The Memory Palace

Each episode feels like a short, sharp secret about the world 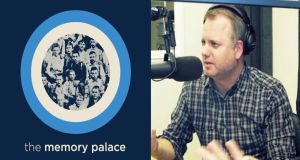 The stories span all reaches of history, science, culture, and the personal

The sheer size of the iTunes Podcast library means that there are incredible podcasts that have been running for years that I’ve missed. The Memory Palace has been releasing episodes that are between five and 15 minutes long for years: and having been directed towards it by a friend this week, I now have the luxury of more than a hundred episodes to play through. I wish I had discovered it earlier.

Each episode of The Memory Palace, narrated by Nate DiMeo, feels like a short, sharp secret about the world. Every story is a moment from history: a private incident, a piece of phenomena, a tale that feels like an urban legend but is absolutely true. They are told in a soft voice and written in poetic language, but never in a way that feels forced. At no juncture during the 10 episodes I listened to did the writing lean into hyperbole: even during the more incredible stories. They are told like what they are: tiny truths of the world. He tells the listener the story as though it is happening to them: you, the listener, are in a diving bell at the bottom of the river erecting the Brooklyn Bridge. You are at the biggest theme park in the world just years after the invention of the electric light. This makes listening a hugely emotive experience.

The stories span all reaches of history, science, culture, and the personal. Live swans at a banquet in 1800’s America, an astronaut affirmed in his Christianity by a strange incident as he orbits the earth, the women assistants to scientists and what impact that had on our history. I found that episode, entitled 40,000 Stars, particularly moving.

The gift of this podcast is that listeners can have so many varied experiences in such a short space of time. Each episode feels like an incredibly detailed image, or a poem. It is focused, easy, and huge. I am so glad to have so many episodes left to listen to: you will be, too.

The Man Who Killed Don Quixote: Compromised and astonishingly unfinished
2