The atmosphere on the usually staid show turns both hotter and frostier, a bit like climate change 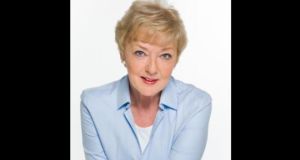 Marian Finucane: ‘But you’re not denying, are you, the consequences of global warming?’

A longtime fixture of weekend radio, the Sunday morning newspaper panel hosted by Marian Finucane (RTÉ Radio 1) is something of an institution. And like all institutions, it is staid and lacking in energy.

Its clubby format seems redundant for an age when most listeners have read the news online before getting out of bed. Last Sunday’s discussion had a bit more spark than usual, however as, the topic of global warming raised the studio temperature.

Initially, the conversation is polite. The panelists find consensus over the potentially divisive subject of Donald Trump’s visit, agreeing the US president should come, but protests should be allowed. “It’s called democracy,” Finucane proclaims. But when talk turns to the drift towards green politics in Ireland, matters become contentious.

One guest, David Horgan of oil company Petrel Resources, voices doubt over the efficacy of such environmental awareness. “Voting green is an easy way to signal virtue,” he says, but notes that neither the public and the political parties seem keen on an actual carbon tax. An astute observation, but Horgan then aims a dig at climate change activist Greta Thunberg. “When you defer your judgment to a 16-year-old from Sweden mouthing slogans, rather than looking at evidence, you’re going to make mistakes,” he says.

Finucane suddenly sounds anxious, as though an unruly guest has gatecrashed her pleasant brunch party. “But you’re not denying, are you, the consequences of global warming?”

Horgan replies that the climate has always changed, prompting fellow panelist Alan Barrett of the ESRI to ask if he is a “denier”.

Immediately, the atmosphere turns both hotter and frostier, much like the weather during climate change. Horgan takes umbrage at the term “denier”: it’s a “dishonest tactic” suggesting he is “like those misguided few who deny the facts of the holocaust”. “You should show some courtesy and should never accuse someone else of being like a holocaust denier,” the oil executive says to Barrett, who has made no such accusation. “Listen to evidence rather than open your mouth without thinking.”

Gobsmacked, Barrett replies that the “vast bulk of respectable scientific evidence” points to human activity being responsible for global warming. With things threatening to blow up, Finucane remains silent, leaving psychologist Mary Aiken to steer the discussion towards the relatively neutral topic of online safety.

The exchange exemplifies how much public discourse is conducted today. Faced with overwhelming evidence against his assertions, Horgan doubles down, suggesting environmentalists are illogical sloganeers while taking offence at a non-existent slur. It’s unfortunate, as it obscures other salient points on toothless climate change policy. On the upside, the encounter enlivens Finucane’s show immeasurably, generating heat if not necessarily light. Clearly, carbon emissions are a reliable source of on-air electricity.

Compared to Finucane’s venerable show, On the Record with Gavan Reilly (Newstalk, Sunday) is an eager whippersnapper, with the host in the hotseat since earlier this year.

In fact, it’s a rather sedate affair, with a distinct media focus. Reilly goes through the papers with journalists Richie Oakley and Sheila Reilly and columnist Gerard Howlin, before going onto items with columnist Matthew Parris and journalist Hugh O’Connell. After a while, listeners may spot a pattern to the guests.

That’s not to dismiss the show. As a presenter, Reilly has an attractively low-key approach, his background as a political correspondent adding to an air of quiet confidence. When Howlin, a former advisor in Fianna Fáil’s Celtic tiger-era governments, says that “trade unions led the lemmings over the cliff during the boom”, Reilly issues a gentle rejoinder: “Other metaphors are available, but go on.” He also has an eye for the telling detail, as he recalls driving through a village full of frost-covered houses: “There was no-one in them, it was a pretty grim place.”

His interview with Parris is also illuminating, as his guest reveals he’ll be voting for the pro-EU Liberal Democrats in the European elections. This is quite a decision for the lifelong “tribal Tory” and former Conservative MP, but it starkly shows how Brexit has shattered British politics. “We have all become completely radicalised on both sides,” Parris ruefully observes.

At times like this, Reilly’s show is absorbing, but it needs to do more to stand out. In adhering to the time-honoured Sunday morning news-panel-plus-interviews formula rather than subverting it, it misses an opportunity to introduce new life into the timeslot.

It may be over 20 years since he retired from football, but former Republic of Ireland great Paul McGrath remains a compelling figure, as emphasised by his interview with Matt Cooper on The Last Word (Today FM, weekdays).  McGrath is on the show as ambassador for a recycling campaign – no doubts about climate change there – but the conversation largely concerns his experience of racism.

Growing up in a Dublin orphanage, he encountered racial abuse: “It was a way of keeping you in what people thought should be your place.” This continued when he played for English clubs in the 1980s, as rival fans hurled insults. Outwardly he was stoical, but the abuse hurt him. Tellingly, he calls fans who taunt black players “scum”.

With Cooper as his eager host, McGrath comes across as humble yet fragile, an impression bolstered by his soft accent – his voice is made for radio. But he’s also made of tough stuff, as one player discovered after racially abusing McGrath during a local Dublin match in the 1970s. “I don’t use my left boot too often, but I kicked him straight in the stomach,” he says, almost sheepishly: he was sent off, for the only time in his career. Oddly, this anecdote only adds to the McGrath’s legend. You might even call him an institution, but he’s too good for that.

Radio Moment of the Week: Don’t dew it

Ronan Kelly, new host of radio round-up show Playback (RTÉ Radio 1, Saturday) since the retirement of Marian Richardson, casts his net across RTÉ’s digital services to uncover an astonishing clip from the repeated 2017 series, Manchan’s A-Z of Ireland. In it, presenter Manchan Magan girds himself for the Mayday tradition of, ahem, “dew-rolling”.

He looks for a patch of grass without thistles, the better to roll around and feel the dew unencumbered. “There’s no sign of anybody, thank God, because I really don’t want everyone to see me naked,” Magan says.

After playing this startling clip, Kelly calls Magan’s series “a brilliant way to see the country”. Luckily, we only had to hear this.