How to cope when work dries up: Lessons from a casual worker 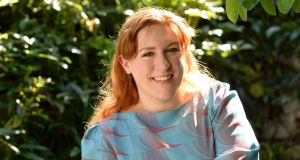 As most freelancers and casual workers already know, cobbling together a rent cheque each month can be a frustrating and precarious endeavour.

And that was in what we’re now terming the good old days (as in, last month).

Now, we are working in an economic climate without precedent. My social media feeds are packed with freelancers, entrepreneurs and creatives whose livelihoods have effectively vanished into thin air. Photographers have no events to record. Gig promoters don’t know when they might return to work. Theatre makers are seeing their productions put on ice until God knows when.

As we embrace La Vida Lockdown and the great indoors, there’s a whole universe outside the door that has effectively ground to a halt. When the wheels will start turning again, we can’t say. It’s absolutely terrifying.

I’ve been a freelancer for many, many years, so I’ve long been acquainted with the ebb and flow of casual work. I’ve had over a decade to come to terms with the nature of the beast. Granted, I’ve not had to figure out how to keep a business alive, or worry about the livelihoods of an entire staff. I can’t imagine how torturous that might be, nor do I presume to.

But in freelancing, I have known financial times that were skinny to the point of emaciation. I’ve done the field research here when it comes to surviving the slings and arrows of a capricious industry. Here’s what I’ve learned about keeping one’s head during the fallow times (disclaimer: this advice might not be for everyone, nor does it belittle or trivialise the situation that many might find themselves in. But someone might find it useful).

If you’re a freelancer, you’re probably already used to believing that you’re only as good/useful/bankable as your last gig. This isn’t ever true. We also tend to freak out every single time things turn quiet. This isn’t ever helpful.

For me, things in freelancing came to a grim nadir in early 2014. One magazine I wrote for folded without warning, sending a cluster of talented writers scattering, on the hunt for work. A week later, a new editor on another newspaper replaced the incumbent writers with a new cohort.

It was hard not to take it personally. Suddenly earning only a fraction of my previous income, I was stunned and panicked into inertia. Half-hearted pitches soon turned into plaintive “why won’t you employ me?” emails. When it came to securing work, that strategy was about as useful as an ashtray on a motorbike.

Soon, I was spending more energy worrying about paying bills than on anything work-related. Anxiety truly is the great killer of productivity. Bedtimes got later. So did getting up. Down and down the rabbit hole I went.

I won’t say that things bounced back, but eventually there was an upturn in fortunes. It’s the very nature of life, Covid-19 or otherwise.

All the clichés are true: the only constant in life is change. It helped, too, to put one foot in front of the other to enact change, even in the tiniest of ways.

Now might be a good time to take on the admin or professional jobs that often get pushed to the side during the good times (I’ve started working on my tax return, determined not to leave it until the last minute in September). Do people owe you money? Follow it up now.

Think about filling in gaps in your skillset, mastering social media or updating your website. Is there free training that can be done within your sector? Take yourself over to the Google Digital Garage (learndigital.withgoogle.com) and pick up some free training.

Maybe it’s an opportune time to wonder if your goods or services might be better placed online? Fine, it won’t pay the gas bill, but it might make you at least feel as though you’re in control of things. Well, a bit.

You don’t need an invite to network with industry colleagues; it might be hard to rustle up paid work these days, but opportunity might just knock down the line if you connect with people within your industry. I’ve seen friends tackle their business model anew, looking at creative ways to sell their art or reach a whole new audience.

Most freelancers have a dusty list of ideas that are ultimately ignored. Some harbour idle ideas of a creative endeavour that they would love attempt were it not for time constraints. It’s hard to be creative under pressure, but I have no doubt that in a couple of years, we’ll be interviewing writers, songwriters or actors who finally birthed their brainchild at exactly this time.

On a practical note, the Department of Employment Affairs and Social Protection have introduced a new scheme for employees and self-employed people who aren’t receiving pay due to a downturn in business. Forms can be downloaded and posted, and applicants can expect to receive €203 for six weeks (see welfare.ie for details).

It’s almost impossible not to, but try not to dwell on the idea that your luck has run out. Sometimes, getting away from your desk and focusing on something outside of your workload (or lack thereof) can really help. Think of it as a way to regroup and get inspired about work all over again.

No-one can predict when this shroud of uncertainty will lift. But as Joan Baez says, action has always been the antidote to despair.

Besides, the first law of freelancing dictates that there will be an uptick in your fortunes the very minute you get absorbed in something else. That’s just the nature of the beast.