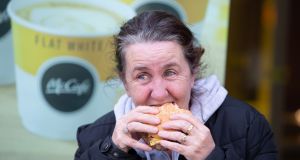 Fast-food chain Supermac’s will close its 108 restaurants across Ireland by 7pm on Thursday, adding to the closures of McDonald’s, Subway, Nando’s and Starbucks coffee shops announced in the past 24 hours.

The Galway-headquartered company said its outlets will close from Thursday to allow the emergency services currently using the outlets for food to make alternative arrangements. All of the company’s seating areas were closing from Monday night.

“We would like to thank our staff and customers in these challenging times. We would also like to thank the emergency services personnel and wish them well in their efforts in these unprecedented times,” a company spokesman said.

Subway said it it had authorised its franchise owners to close all 159 outlets. “We took this decision as we want to continue doing everything in our power to keep people safe,” the company said.

In addition to its 159 Irish outlets, Subway has 2,413 stores in Britain which will also close.

Casual dining chain Nando’s has already closed all restaurants across Ireland and Britain “to help limit the spread of Covid-19”.

Nando’s, which has 12 restaurants in the Republic and seven in Northern Ireland, said it decided on Sunday to close its restaurants temporarily.

“Eat in, collect and delivery for customers will all stop until further notice and our remaining food will be given away to those who need it most across the community,” the company said in a statement.

Starbucks announced the closure of all its coffee shops from last night . “As we navigate the impact of Covid-19 in Ireland, the health and wellbeing of our partners and customers is our highest priority. In this spirit, we are temporarily closing all Starbucks stores until further notice.”

The two major Irish farming representative bodies have called for the Government to intervene after the McDonald’s announcement. McDonald’s is one of the biggest purchasers of Irish beef in the world, spending €160 million a year on 40,000 tonnes. A fifth of all its beef in European restaurants comes from Irish cattle.

Irish Farmers’ Association president Tim Cullinan said the closure of McDonald’s restaurants was understandable but was also a “big blow” to the sector.

He said he had written to the EU agriculture commissioner Janusz Wojciechowski stating the commission needs to stand ready to support the EU beef market while it is being impacted by coronavirus.

“The Irish beef price is already well below the cost of production for farmers. They cannot sustain any further cuts,” he explained.

The Irish Creamery Milk Supplier Association (ICMSA) said measures are required immediately to support food producers through the crisis. He said McDonald’s decision to shut could have a “potentially serious impact on food supply chains”.

Sitting on the pavement outside McDonald’s on Dublin’s Grafton Street, Ciaran O’Neill worries about what the temporary closure of the fast-food chain will mean for homeless people like himself.

“I mostly sit here at McDonald’s... People don’t tend to stop on the street unless they’re coming in or out of a shop, so I’m worried about getting somewhere to stay and something to eat because I’m not getting any money now,” he said.

At the Temple Bar McDonald’s, Mason Sommerville from Australia sits outside eating. “I’ve been stuck in places while travelling but when I know there’s a 24 hour McDonald’s to stay in, I know I can feel safe. Or you can go in to use the toilet. Where do you go when you’re travelling that you know you can count on and won’t have to spend heaps?”

For Colm Doogan, from Cabra, in Dublin the closure of the chain is “a bit sad” because he regularly goes to McDonald’s to “grab a quick meal.”

“It’s going to be a big loss to me. The Big Mac meal is my go-to to keep me going for a while. But hopefully, it’ll open again soon,” Mr Doogan said.