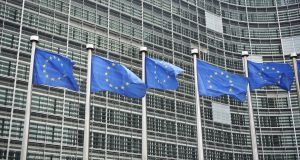 EU finance ministers have agreed to suspend restrictions on borrowing and spending to deal with the coronavirus pandemic and the economic havoc it is causing, bringing an end to an era of fiscal rectitude.

In a statement the ministers said they agreed with the European Commission that the “major economic shock” caused by disease justified the triggering of the “general escape clause” from EU budget rules for the first time.

The emergency measure means that governments no longer have to abide by EU rules tightened in 2011 to avoid a repeat of the euro zone debt crisis which stipulate they must cut their budget deficits until they reach balance or surplus, and reduce public debt until it is no more than 60 per cent of gross domestic product.

“The severe economic downturn now expected this year requires a resolute, ambitious and co-ordinated policy response. We need to act decisively to ensure that the shock remains as short and as limited as possible, and does not create permanent damage to our economies and therefore to the sustainability of public finances in the medium term,” the finance ministers said in a statement following a video conference.

“The use of the clause will ensure the needed flexibility to take all necessary measures for supporting our health and civil protection systems and to protect our economies, including through further discretionary stimulus and co-ordinated action.”

The European Commission had said it was prepared to do whatever necessary to address the crisis.

“Your governments can now give money to the many companies that are hit by the sudden shock. Hotels, restaurants, transport companies. Small firms that risk closing down without support,” said European Commission president Ursula von der Leyen after proposing the change.

“Today – and this is new and never done before – we trigger the general escape clause. That means national governments can pump into the economy as much as they need. We are relaxing the budgetary rules to enable them to do that.”

The finance ministers agreed the measure over video conference. They could not meet in person because of the pandemic, and also because of severe damage in Sunday’s earthquake to the finance ministry in Croatia, which currently holds the presidency of the EU Council.