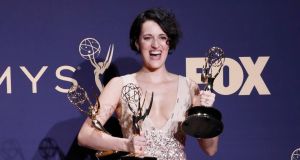 These are the major winners of the 71st annual Primetime Emmy Awards. The additional winners and nominees can be found at emmys.com

Best actor, limited series or TV movie Jharrel Jerome, When They See Us