Peaky Blinders: all too rushed, leaving more questions than answers 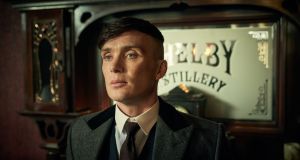 Poor Tommy Shelby (Cillian Murphy); the one man he can’t defeat is himself. An episode that began with him accepting pep talks from Winston Churchill ended in a full-blown existential crisis.

But while the show’s protagonist almost certainly won’t kill himself between series – my money is on time on the road taking Charlie’s gypsy walking cure – I did genuinely enjoy this gloomier-than-usual finale and how the storyline ultimately played out.

That’s largely because there was something refreshing about the fact that Tommy didn’t get it right, that he was undone, that his ever-ticking mind began to falter.

This hasn’t been a perfect series (although I have personally enjoyed it) but one thing that has been beautifully handled has been Tommy’s impending breakdown. The crisis has been coming since the opening episode and when it finally arrived, with Tommy genuinely unclear how he had lost and Oswald Mosley (Sam Clafin) won, it rang absolutely true.

That said, while I generally prefer the more talky episodes of Peaky and downbeat series endings, I’m sure more than one viewer will have felt this conclusion set up more questions than it gave answers, as well as going round in circles (particularly where Arthur’s story was concerned) just when it needed to build impetus the most.

I did also wonder if Peaky Blinders increasingly needs more time to tell its story. Would another couple of episodes have allowed us to learn more about Gina or the Chinese, to spend more time with Polly and Aberama, to see a bit more of Jessie Eden or feel the gut-punch of poor Finn’s mistake more clearly?

Oh Finn, didn’t Arthur make it very clear that you should never tell your business to anyone outside the family, no matter how congenial they might seem? If you had the youngest and most inexperienced Shelby in the unintentional Fredo Corleone role, stick your hand up and I’ll direct you to the now barman-less Garrison to collect your winnings.

Not that things are looking much better for the rest of the family, after Michael drew power from Gina’s brain cells to launch his bid for control of the family via the Chinese heroin trade with a wonderfully patronising speech about the new generation taking control and letting the old dogs head off to a ‘legitimate’ retirement.

I admire Michael’s impressive ability to convince himself he’s so much smarter than he actually is, though in reality I suspect Gina’s family will keep him around just as long as they need him and not a second more.

I also wish he wasn’t Polly’s blind spot. While it makes sense that she chose son over nephew, it’s more than a little depressing that she can’t see Michael’s thoughtless arrogance for what it is.

And so the great plot to kill Mosley fell apart at the seams. In truth it was never going to end any other way – and this is the problem with casting real-life figures as antagonists. While it might take the odd liberty, Peaky Blinders is not a show that messes with reality so there was no way Tommy’s assassination could come off.

Instead, the interest was always going to lie in just how it fell apart – and I did very much enjoy that, from Finn’s slip to the murder of Barney and the ambushing of Aberama (alas poor Polly, ever unlucky in love).

My favourite moment, however, came as Tommy, who has never looked so defeated or so small, stared out at his best laid plans falling apart only for Mosley to mutter: “I think it’s about time you got off the stage old man.”

Time is passing and the entire episode was focused on informing Tommy that he should exit stage left. But if we know anything about the middle Shelby brother it’s that he hates being told what to do. I predict not a riot but a resurgence in series six.

As I mentioned last week, if ever a man would have a taste for a spot of resurrection it’s Alfie Solomons. And so it came to pass, as Tom Hardy popped by to inject a welcome note of hammy insanity into proceedings, while also providing Tommy with a vision of what his life might be like should he choose to quit the game.

Did we need the scene with Alfie? Probably not, but it was a great deal of fun and I loved the little touches – from Alfie’s doormat spelling out Lethe in honour of the river to the Greek underworld, to the fact that he spends his time shooting seagulls and would prefer not to hurt his dog by having it return to him.

Since my resurrection I’m considered to be a god in the Holy Land. Someone has made an image of me out of rock, embedded in the sand so I am told, and I am planning to make a pilgrimage to stand in my own shadow.”
– It's the way  back from the dead Alfie tells them . . .

Notes from the boardroom

Anachronistic yet strangely right song of the week

Nice use of Mercury-nominated Idles’ Never Fight a Man with a Perm during Mosley’s rally and I loved Richard Hawley’s cover of Bob Dylan’s Ballad of a Thin Man. But I have to give this to Anna Calvi, whose soundtrack has held the whole series together, providing a suitably spooky accompaniment to Tommy’s breakdown.