The rapper’s instagrammed trip to Ireland started badly, then went even further downhill 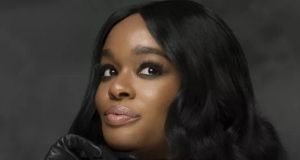 Rapper and performer Azealia Banks became a lightning rod for outrage again this week, when she took to social media to decry her treatment by Aer Lingus. Claiming she was “treated like a wild animal” and hounded off her flight, the rapper went on to lob some unkind barbs at her tormentors.

“I get off the plane,” she said in her post. “I’ve worked too hard in my life to be cornered by some ugly Irish b***h. They are ugly Irish women here.”

Not for the first time, the reaction to her comments prompted a rabbit hole of reflexive ugliness and derision, as people objected to her reference to the ugliness of Irish women, and her increasingly provocative responses to those responses. Just hours later she was announcing herself “the queen of Ireland” and accusing former Rose of Tralee winner Kirsten Mate Maher of being #uglyirish and “chopped”.

“I had enough of y’all Oompa-Loompa-looking, spray-tanned, crazy-looking b****es tonight,” she posted. “The girls have scurvy, they’re vitamin deficient, need some calcium tablets...”

None of this is new to Banks, who once called Zayn Malik “curry scented”, “punjab” and “p*ki” and accused all British rappers of being talentless. A few months ago, she re-upped her notoriety by instagramming a siege outside Grimes’s house when the producer didn’t show up to their recording session. Then, in private messages shared by Banks, she alleged that Grimes and her boyfriend Elon Musk were, in actual fact, merely too high to emerge from their home. So Banks is not immune to instadrama, nor charges of using hateful and racist language.

The responses to Banks's comments were lamentably ugly in tone; attacking her for her own appearance and inviting her to “go back” to Africa

Complicating matters in this case, however, was that many of the responses to her comments were, themselves, lamentably ugly in tone; attacking her for her own appearance, inviting her to “go back” to Africa and, in one particularly odd series of messages, threatening to come to her gig and pelt her with potatoes. One wonders whether the author of those thought this a good way of dispelling ugly myths about Irish people, but they could not be reached for comment.

While her fans and followers love her no-nonsense, unvarnished attitudes – and seem remarkably forgiving of the racist language she has used in the past – the whole lamentable warren of argument and counter-argument contained so much mutual ugliness, and bad faith reasoning about “anti-Irish racism”, that pretty much no one came out of it looking well.

Except Christine Rooney, that is, whose own rebuke to the rapper on Twitter perhaps dealt the hardest blow. “Screaming at Azealia Banks saying she’s come too far in her career to be confronted by an ugly air hostess” she tweeted, “You’re flying Aer Lingus to play The Academy, calm down hun x”.