Two theatre shows to catch in Dublin this week 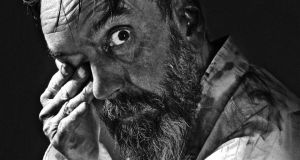 Meet Me in the Gardens

It’s such a lovely day – possibly – why not take theatre outside? One unlikely and largely unforeseen consequence of this alarmingly hot and sunny Dublin summer has been the sweet relief of anyone daring enough to stage a performance beyond a stage. While you can usually rely on an al fresco Shakespeare or two over these more temperate months, new company Shiva Productions has taken a different tack.

Creating a site-specific performance inspired by the National Botanic Gardens, a verdant place to appreciate the summer light, writer Sharon McCoy has dredged up spirits of the garden’s past to concoct four short plays based on real-life histories, performed in various locations around the gardens, directed by Aoibhinn Marie Gilroy. Those stories touch on phenomena large and small, from the city’s cholera epidemic to the outbreak of the second World War through to more recent app-assisted hook-ups. That the lives of medical students nervously exhuming bodies in nearby Glasnevin Cemetery or people waiting apprehensively to meet a thumb-selected date, should be brought out into the open air seems like a happy fruition worthy of the gardens themselves: the new blooms that result from seeds planted long ago.

How long can you play a support character until history finally makes you the lead? Long after the experience of a play dissipates, some figures remain vivid in the mind, and the curiosity you may have nursed about the fates of Moll or Malvolio, Shylock or Sarah Tansey has recently given us new optics into classic plays, told – as Rosencrantz and Guildenstern could tell you – from the wings of the action.

Now Eddie Naughton turns to Sean O’Casey’s Juno and the Paycock to shuck free from its narrative the scrounger and charlatan Joxer Daly for his own solo show. In the body of Phelim Drew, Joxer is a once-respectable member of the Foresters Association turned vagabond, scraping an existence through wit and audacity against the seismic events of Ireland’s history, from the 1913 Lock Out to the Rising and into the Civil War. One of the more riveting takes of recent O’Casey revivals has been the reappraisal of his sage or savvy drinkers for a darker complexity. Without the distraction of accompaniment, director Karl Shiels’s production might look for a similar re-evaluation: is this darlin’, dishevelled man a figure of comedy, or of tragedy?