Nicole Flattery on what inspired her debut, Show Them A Good Time 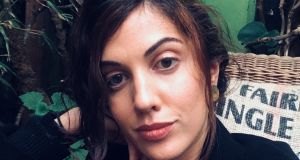 Nicole Flattery is one of Ireland’s most promising young writers, with a six-figure two-book deal from Bloomsbury and a debut collection out next week from Stinging Fly. Her essay about Show Them A Good Time kicks off Saturday’s Irish Times books pages. In the meantime you can listen to Danny Denton discuss the title story here and you can read her White Review short story prize winner Track – an instant classic – here – and another story, Bottle Man.

Reviews include Stephen Phillips on Merchants of Truth by Jill Abramson; Sarah Gilmartin on Permission by Saskia Vogel; Anna Carey on The Wych Elm by Tana French; John Gibbons on The Uninhabitable Earth: A Story of the Future by David Wallace-Wells; Michael O’Loughlin on the Costa Book of the Year, The Cut Out Girl by Bart van Es; Éilís Ní Dhuibhne on The Friend by Sigrid Nunez; Lavinia Greacen on JG Farrell’s Empire Novels: The decline and fall of the human condition by Rebecca Ziegler; Declan Hughes on the best new crime fiction; and Rob Doyle on On the Genealogy of Morals by Friedrich Nietzsche.

This weekend’s Eason offer when you buy The Irish Times is a cracker. Save €7 on the cover price of the bestseller Everything I Know About Love by Dolly Alderton. Yours for just €4.99.