About a boy: Hamnet heads up this week’s theatre highlights

Meet Shakespeare’s lost son at the Project, and don’t be late for your own funeral in Cork 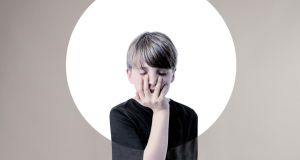 Who haunted Shakespeare when he wrote Hamlet? A play so steeped in death, full of demanding fathers, hapless sons and restless ghosts, it was completed just three years after the death of Shakespeare’s young son, Hamnet. “You haven’t heard of me,” apologises the 11-year-old boy who arrives onstage in Dead Centre’s brilliant co-production with the Abbey, from 2017, alone with a hoodie and a backpack – although, like any contemporary kid, he knows he shouldn’t talk to strangers. Now starring Aran Murphy, a great young talent who joined the production for a celebrated international tour, the show is a deft meditation on being and not being, as though Shakespeare himself was haunted by Beckett.

But the kid is still a kid – playfully interacting with the audience, asking Google for worldly explanations, singing Johnny Cash (“It’s hard when you sound like an angel”) – while somehow representing a multitude of big things: the rush to grow up, the ambition to be a great man, the coarsening of modern culture, all our proud inheritances and irretrievable losses. We’re often expected to see ourselves in Shakespeare, but directors Bush Moukarzel and Ben Kidd make a disarming entreaty that we see ourselves in Hamnet, a forgotten child, frozen in time, finally seen and heard.

In late 2017, the director Louise White premiered a new work inspired by the death and funeral of her father a few years before. It was not an entirely sombre affair. That had something to do with the disparate but considered elements of performance, a grab-bag collection of interdisciplinary performers who all spoke a common, witty language, and devices that had been refined over several previous productions, ranging from the entrancing and stately to the unremittingly playful. But it also had something to do with the nature of grief itself, sadly inevitable yet somehow wildly unpredictable. Why, then, should a funeral have to be zero craic?

Here, an actor, a dancer and a musician hold the stage in a delicately involving curation of your own funeral, exploring the possible tones, structures and acts of mourning. In short, here are the alternative stages of grief. Much of the show is gently comic, but it pushes us stealthily towards the significance of funeral rites, testing music to refrain from anything to sprightly or too much of a dirge, preparing sandwiches and tea and, at one stage, performing a dance of death. It is, however, much more of an enquiry into the complicated business of living. Personable, involving and celebratory, it’s the funeral you would have wanted.

Bruce Springsteen at 70: 13 surprising facts about ‘The Boss’
Real news has value SUBSCRIBE