Looking for an answer to the national question

This month sees Ireland’s national theatre playing in London, and its British equivalent coming to Dublin 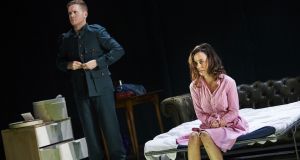 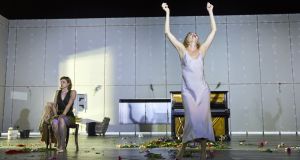 In 1910, George Bernard Shaw wrote a short comedy called The Dark Lady of the Sonnets, which was to be performed as a fundraiser for a campaign to establish a National Theatre for Great Britain. Shaw had been involved in an indirect way with the establishment of a National Theatre in Dublin and was commissioned to write a play for the opening of the Abbey Theatre in 1904.

That play, John Bull’s Other Island, was rejected by the theatre’s administration; William Butler Yeats argued that it was too technically complex for the Abbey to stage.

However, Shaw believed it was the complexity of its politics that were too challenging for the Abbey. As he wrote in his preface to the play: “It was uncongenial to the whole spirit of the neo-Gaelic movement, which is bent on creating a new Ireland after its own ideal.”

So, Shaw had experience with the competing ideas of what a National Theatre might be, and The Dark Lady of the Sonnets allowed him to set out his own philosophy in theatrical form.

In the comedy, Shakespeare entreats Queen Elizabeth to “endow a National Theatre out of the public revenue for the playing of those pieces of mine which no merchant will touch . . . Thereby you shall also encourage other men to undertake the writing of plays . . . For this writing of plays is a great matter, forming as it does the minds and affections of men in such sort that whatsoever they see done in show on the stage, they will presently be doing in earnest in the world.”

For Shaw/Shakespeare, a National Theatre should be political in a personal way: it should  elevate the lives of its citizens to art and encourage them to tell their own stories.

It was more than half a century before the ambitions expressed in Shaw’s play came to fruition. When the National Theatre finally opened in London in 1963, it was one of the last European countries to acknowledge the importance of providing a theatrical space for the staging of issues of national magnitude. However, by the time it moved to its landmark building on the South Bank in 1977, it had become one of the most vital production houses in Great Britain.

Today, its three theatre spaces can accommodate almost 2,500 spectators, but in recent years it has been performing to millions more, through a variety of initiatives that have extended its national remit into the international sphere.

In the next three weeks, for example, you can see their productions of Hedda Gabler at the Gaiety Theatre, Angels in America on Broadway,  and The Curious Incident of the Dog in the Night Time in Hong Kong. Meanwhile, live cinema screenings beam the National’s work into more than 2,000 venues across the globe, cultivating an audience and an influence far greater than Shaw’s Shakespeare could have ever imagined.

Still, at the heart of the National Theatre’s contemporary philosophy is the address of its citizens. As the theatre’s executive director, Lisa Burger, explains “that might be an international audience in London or a British audience abroad or someone just seeking to expand their understanding of the world by watching a new British play. Basically, anything produced and presented by us is ‘national’. We aren’t interested in defining a nation, but in drawing people in by showing the complexity of human feeling.” A nation, no matter how you define it, is made up of individuals after all.

And yet the theatre “also has a role in presenting national issues”, Burger says. “Our response to Brexit, for example, was to commission a new play (My Country by Carol Ann Duffy), about how individuals responded to that vote. We went out to record interviews with people of all ages and backgrounds about their response to the vote and that was the fabric of the play. Then we took it back out around the country. It is important that a national theatre engages with the big issues, that we take the lead in provoking discussion and debate.”

That can be achieved through the production of classic work too, she says, and cites Hedda Gabler as a pertinent example.  “It was written in 1891, when there were certain strictures for women, but the emotional journey is as relevant now as it was then. Consider the way contemporary women’s issues have dominated the news.”

The fact that the play is not from the British canon “does not make it any less ‘national’. It doesn’t matter where the writer or director comes from; if we can make [a play] speak to people now, whether that’s our audience in London or touring elsewhere, we are doing our job.”

Meanwhile, on Abbey Street, Ireland’s National Theatre has embraced a similarly inclusive philosophy of nationalism.  Neil Murray, co-director of the Abbey, echoes Burger’s sentiment that a national theatre should be “outward looking, in geographical as well as socio-political terms”.

Having run the “itinerant” National Theatre of Scotland for 11 years before arriving at the Abbey, Murray is perfectly positioned to deconstruct any fixed ideas of “nation” or “nationalism” in a fluid, globalised world.  “Yes, the Abbey has a physical home,” he says, “but it needs to be present across the nation too, so that means taking our work outside of Abbey Street as much as we can, and creating work outside of the theatre too. People should not have to get on a train to Dublin to engage with us.”

In the case of a production like Two Pints, “this means creating work that feels like it belongs to community, reinventing spaces [the local pub] that are familiar to an audience, showing them their lives in a way they might not have considered before”.

It is equally important that the Abbey’s work tours internationally. “This is partly because the Irish diaspora is so huge, but there are also people who don’t know our stories. There are communities all over the world with whom we want to share our stories.”

However, the relationship between theatre and nation is a question that Murray and his co-director, Malcolm McLaren, “must ask all the time,” and they bring an outsider’s objectivity to the question of nationhood that has dogged Irish history – and the Abbey – for more than a century. He thus refuses to get engaged in the petty cultural issues that defined the rift between Shaw and Yeats all those years ago. In its simplest iteration, he says by way of conclusion, “the role of a national theatre is to reflect a nation’s stories”. At the Abbey, “this just means responding to the stories a nation’s artists want to tell. At the same time, we always have to ask ourselves who are [the people] who not telling their stories? How can we tell those stories? And how can we give them access? How can we give them a space on our stage?”