After 16 days and 80 productions, festival wraps up with awards in 11 categories 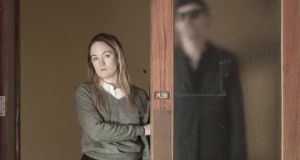 The marathon Dublin Fringe Festival – 80 productions and 554 performances over 16 days – ended on Sunday night with the announcement of this year’s fringe-award winners, in 11 categories.

They were given to “celebrate the hard work and ambition of more than 670 artists who created breathtaking, rule-breaking, legend-making moments at our 24th edition,” said Ruth McGowan, whose first festival as artistic director was generally reckoned to have been a good one, hitting some very high notes.

The best-production award, for “excellence in every area of production, design, performance, concept and execution”, went to My Dad’s Blind, by Anna Sheils-McNamee. Also shortlisted were Assisted Solo, by Company Philip Connaughton; Caged, by Femme Bizarre; Everything I Do, by One Two One Two; and Oneday, by Dick Walsh and James Moran.

Best design, an award that encompassed outstanding lighting, sound, scenic, projection, costume or overall design, went to Infinity, by Eoghan Carrick and Nessa Matthews. The other nominees were After, by Liv O’Donoghue; Assisted Solo; Fragments by Jessie Keenan; My Dad’s Blind; and Owing to the Failure Of, by Zoë Comyns.

The two best performers – formerly best male and female, but broadened to include all gender identification – were Fionn Foley, for Brendan Galileo for Europe, and Zoe Ní Riordáin, for Everything I Do. Other shortlisted performers were Bláithín MacGabhann, for Lex Talionis; Damola Mac Diarmada, for Black Jam: Cure; Felispeaks, for Boy Child; Kate Kennedy for The Cat’s Mother ; Magali Caillet, for Assisted Solo; Nessa Matthews, for Infiniy; Pom Boyd, for Shame; and Shane Connolly, for Oneday.

The judges’-choice award recognises a project, contributor or experience “just too good to pass by unheralded”, in two subcategories.

The second judges’-choice category is for best duo, which was won by Caged. The other shortlisted duo pieces were Cikada, by Ali and Henrik; My Dad’s Blind; Summertime, by Slip and Sync; and Witches & Dogs, by Erin McGathy and Ben Seeder.

The Fishamble new-writing award, for the best play by a new or emerging Irish (or Ireland-based) playwright premiered at the festival, went to The Cat’s Mother, by Erica Murray. The award includes dramaturgical support. Also shortlisted were Beat, by Fionntán Larney and Dominic O’Brien; For Saoirse, from Colm Keegan, presented by Axis, Ballymun; and Viva Voce, by Lauren-Shannon Jones.

Winner of the First Fortnight award, for a show that challenges stigma and prejudice about mental health, was Infinity. Also shortlisted were Drip Feed, by Karen Cogan; Drowning, by Marise Gaughan; and Shame, by Pom Boyd and Séan Millar.

The Next Stage wild-card award, a bursary for an artist to participate in the artist-development programme by Dublin Theatre Festival and Theatre Forum, went to Shanna May Breen for The Sound of Phoenix.

The Bewley’s Cafe Theatre little-gem award, for the most exciting show less than an hour long, went to Brendan Galileo for Europe. It will get a two-week run at Bewley’s Cafe Theatre, with €2,000 towards remounting the production. Also shortlisted were Appropriate, by Sarah-Jane Scott; Ireland’s Call, by John Connors; Lex Talionis; and Making Sense by Áine Gallagher.

The spirit of wit: Moira Brady Averill award, for “an artist willing to take risks and whose work defies categorisation with bold and unconventional material”, was won by Reckless Ross from Spit. The others on the shortlist were Billy, by Sarah Gordon and Alice Malseed; Dreamgun Film Reads; Drowning; Sweet Sensations, by Teri FitzGerald; and Witches & Dogs.

The Outburst queer fringe award went to Overfired, by Stefan Fae and Lady K. The winner will be invited to Belfast in November for the Outburst Queer Arts Festival. Other nominees were Confirmation, by Xnthony, and The Fattest Dancer at St Bernadette’s, by the Breadline Collective.