Ireland's Call review: A stark anthem to life on the margins 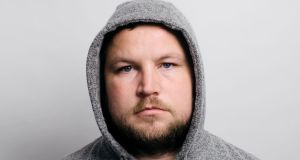 Ireland’s Call: Written and performed by John Connors, the story is a familiar one

Delivered in the cathartically honest style of a counselling session, John Connors’s monologue is as much stark parable as it is unvarnished portrait of life in economically marginalised Dublin. Written and performed by Connors, the story is a familiar one, tracing the foundering attempts by Coolock native James to escape social deprivation and troubled family history by any means he can find.

Whether it’s extravagant consumption of stimulants, hedonistic holidays, doomed relationships or drug-dealing, James finds that nothing can dull the pain of his upbringing, nor dampen his rage at the system that allows such injustices. It’s not a subtle polemic, but the sincere fury at contemporary Ireland is hard to deny.

Moreover, under Jimmy Smallhorne’s direction, the charismatic Connors brings vivid life to his character, whether consumed with anger and despair, or unleashing profane asides with verbal vim. And for all its bleak worldview, it’s a drama with a dogged faith in people, not least the flawed but appealing James. After all, anyone can’t stand the eponymous Irish rugby anthem is only human.