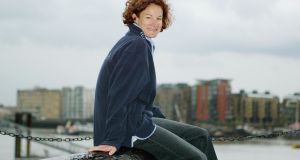 Sonia O’Sullivan: “I was determined to make things work which is what enabled me to be successful. Nothing would stop me.” Photograph: Julian Finney/Getty Images

“When you are physically ready to compete, your mind comes along for the ride and when that works, you are ready for anything,” said Sonia O’Sullivan, former World Championship gold medallist, Olympic Games silver medallist and world-record setting athlete.

She was chatting to Irish Times sports columnist Joanne O’Riordan on Monday evening from her home in Melbourne, Australia, on the first night of the Irish Times Winter Nights festival, which is supported by Peugeot and runs each evening this week, until Friday, January 29th.

In a whistle-stop tour through her life as a young runner from Cobh to her scholarship to Villanova University in the United States, competing in World Championships and in the Olympics in 1992, 1996 and 2000, O’Sullivan said that her personal determination to succeed was her driving force.

“I was determined to make things work which is what enabled me to be successful. Nothing would stop me,” she said, referencing coming first in the 1,500 metres  in the 1991 World University Games as her first taste of international success, one year before she first competed in the Olympic Games in 1992.

She said that throughout her career, she wasn’t treated any differently to male athletes, as it was women who came before her that made it easier for women of her generation.

“1984 was the first time that women ran marathons in the Olympics and now we take for granted that women run in marathons,” she said.

However, she said that athletes now tend to create a brand around them which can restrict them from competing at the highest level because they are protecting a brand. “That’s not something I knew about. I was able to take a risk. It was all about personal success.”

O’Sullivan, who won a silver medal in the 5,000 metres in the Sydney Olympics in 2000, said that nobody ever achieves the perfect race. “You always think you can do better. But, 2000 was my third Olympics and the time to satisfy and solidify my Olympics experience. But as much as I enjoyed running, I didn’t have the killer instinct I had in the 1990s.”

She said that travel will be the tricky part for the Olympics now due to take place in Japan in 2021. “I see it here with top-rank players in the Australian Open [tennis] having to quarantine in hotels for two weeks. It’s a logistical nightmare.”

And, with restrictions during the pandemic impacting on athletes’ training in different parts of the world, she asks how that will be fair for everyone.

On a personal level, she said that although there is freedom of movement in Melbourne now, she is missing the ability to make plans for spring and summer. “Normally, I’m making plans to come back to Ireland in April.”

Aware that Ireland continues to have Covid-19 Level 5 restrictions, she advises us all to sit tight and work with what we have. “The more you [comply] with restrictions, the quicker you’ll be free to go back to some level of normality. Make the most of your 5k and explore every nook and cranny of it,” she said.

A single price of €50 admits ticket holders to all events at the festival. Our Digital Subscribers can purchase tickets at the discounted price of €25 – just make sure you are signed in and follow the link below. The discount will be automatically applied.

Ticket buyers receive a link by email allowing them to attend the events each evenings via their phone, tablet, laptop or desktop computer.