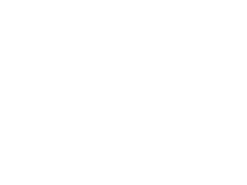 An online festival of conversation, culture and ideas from The Irish Times

A ticket gets you access to the whole online festival.
Jump to ticket info

What’s next for the Irish and global economy? Irish Times columnist Cliff Taylor speaks to author and economist David McWilliams about the Great Resignation, the housing crisis and the economic challenges ahead.

9:00pm Our Man In The WHO
Mike Ryan & Jennifer O’Connell

Dr Mike Ryan of the World Health Organisation is a familiar and trusted voice on the pandemic. He talks to Irish Times columnist Jennifer O’Connell about vaccine equity and navigating a global pandemic.

Chicago-born author and playwright Bonnie Greer went viral in 2019 when she declared ‘Ireland owes the UK nothing’ during a Brexit debate on the BBC. The commentator talks politics, race, feminism and culture with New to the Parish writer Sorcha Pollak

Comedian, children’s author and presenter David Baddiel talks to Arts & Culture editor Hugh Linehan about how in a time of heightened awareness of minorities, Jews don't count as a real minority: and why they should.

From Clontarf in Dublin, Ellen Keane became a Paralympic champion at the 2020 Tokyo Paralympic Games winning gold in 100m SB8 Breaststroke. She talks to Irish Times sports columnist Joanne O’Riordan about her life in and outside the 50 metre swimming pool.

Irish rugby legend and sports pundit Brian O’Driscoll is a hero to many including Irish Times columnist Ross O’Carroll-Kelly. O’Driscoll talks to Ross-creator Paul Howard about his sporting life.

Award-winning Irish Times columnist Fintan O’Toole’s latest book We Don’t Know Ourselves won Irish Book of the Year in 2021. This astute chronicler of Irish life talks to Hugh Linehan about his decades of reporting on the State we’re in.

Bestselling author and influential feminist Caitlin Moran’s latest book More Than A Woman is full of her trademark common sense, wit and irreverence. She talks to Irish Times columnist Kathy Sheridan about middle-age, parenthood and her writing life.

Winter Nights is proudly sponsored by 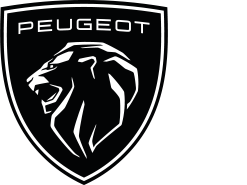 A single price of €50 admits ticket holders to all events at the festival.

Our Digital Subscribers can purchase tickets at the discounted price of €25 - just make sure you are signed in and follow the link below. The discount will be automatically applied.

Ticket buyers receive a link by email on the day of the festival, allowing them to attend the events on all five evenings via their phone, tablet, laptop or desktop computer.