Oonagh Murphy: On My Culture Radar

The director on Aisling Bea, the renewed relevance of Cabaret, and the joys of a Dyson fan 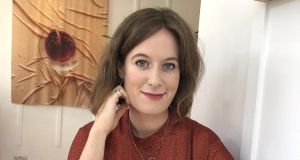 Oonagh Murphy: ‘I grew up doing musical theatre so I’m not allergic in the same way that other people are’

The last book that stayed with me is This is London by Ben Judah. He interviews hundreds of people from different demographics and backgrounds, and paints a portrait of diasporas that don’t necessarily have a huge cultural profile. Like, we know about the Irish immigrant population in London, but this shines light on the Polish people who now live in Enfield. I’ve lived in London since 2013, so it feels vivid when he talks about places I’ve experienced.

Aisling Bea is a funny Irish woman, and her series This Way Up told a story that I don’t think has been captured before, and she’s extremely funny throughout the whole thing. Her character is an Irish woman in London who’s very close to her sister and, before the story starts, she’d had a rocky time with her mental health. It shows her attempt to take back control of her life, while also dealing with how hard it is to make friends and start new relationships in your 30s. Living in a big city doesn’t facilitate that either.

I’m going to pick a musical because I don’t want to forget anything – I grew up doing musical theatre so I’m not allergic in the same way that other people are. Cabaret is a musical that even people who don’t like them will get. It’s about an extraordinary moment in German and European history, when the forces that affect the lives of the artists in the cabaret venue are the forces that would lead to World War II. I like that it’s very dark for a musical. I’ve been thinking about it a lot recently because it’s due another production – it’s one of those pieces that feels really relevant today.

The French photographer Lise Sarfati. She did a series of photos of young people in post-industrial Russia in the ’80s, and they’re incredible portraits. There’s a sense of humour and humanity to how she photographs her subjects. The scenes look really art-directed – there’s a gritty hyper-naturalism that feeds the eye in a particular way – but they’re actual places. They’re gorgeous.

The album I have the most on repeat is Robyn’s Honey, which she released last year. It meditates on the stuff you have to deal with when you get a little bit older – like bereavement and the end of relationships – but also it’s an album that’s full of bangers. So it’s bittersweet dance music, where it makes you want to go to a club but actually there’s emotion and meaning in it. When she did her comeback tour, I went to see her in Berlin and London.

Obviously everybody was complaining about the heat this summer, and it’s terrible, and global warming is terrible, but my girlfriend and I decided to buy a Dyson fan, and it’s changed my life. It’s a bladeless fan, and it’s really quiet and efficient. It makes living in a hot place so much more bearable. My girlfriend’s an engineer so she knew it was going to be worth the money. I speak about it like some people speak about a new cat. My friends ask me to stop talking about the Dyson.

Rachel Cargle on Instagram (@rachel.cargle). She’s an academic and activist and does a lot of work around dismantling white feminism by posting a lot of resources about the anti-racist movements. In Ireland, we might think that we’re exempt from most conversations about race because we haven’t had a diverse population for long, but it’s still at the root of structural oppression in Irish society, just in a different way.

Anything by Shane Meadows but most recently The Virtues. It’s about Joseph, who we meet on the day that his son and former partner are moving across the world. We see him on a downward spiral that takes him back to the place he was born, in Ireland, to reconnect to his one living family member. It was a masterpiece. As a director, I look at his work and every choice, every moment, feels like a lesson in how to tell stories. I’m glad that someone like him exists: a director who happens to be a man, who approaches his work in such a collaborative and open way.

Oonagh Murphy directs The Playboy of the Western World at the Gaiety Theatre, which runs until October 5th as part of Dublin Theatre Festival