How ditching religious faith can set you free

Unthinkable: We’ve a limited time on Earth. Accepting that fact can revolutionise society 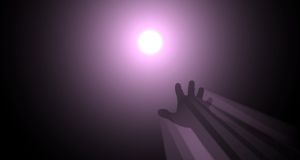 Awareness that we shall all perish one day is instinctively suppressed, or glossed over with religious belief in the everlasting. Photograph: iStock 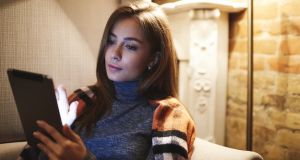 ‘Free time in my sense is not necessarily leisure time. It’s time that you spend on activities that you recognise as intrinsically valuable and expressing your commitment,’ says Martin Hägglund. File image: Getty Images/iStockphoto

People tend to avoid thinking about their mortality. Awareness that we shall all perish one day is instinctively suppressed, or glossed over with religious belief in the everlasting.

That’s something Martin Hägglund wants to change. In This Life: Why Mortality Makes Us Free, the Swedish philosopher and author encourages us to see the bright side of our finitude.

For what seems to be a tough selling job, he argues that committing to this life means accepting it with all its limits. That means rejecting what he calls “religious faith” – a hankering for something beyond our earthly contingency. In contrast, “secular faith is to acknowledge that we are essentially dependent on – and answerable to – other persons who cannot be mastered or controlled, since we are all free, finite beings”.

Hägglund, a humanities professor based at Yale University in the US, says: “I’m not trying to divide the world into religious and secular people . . . We all practise secular faith by virtue of sustaining any commitment.”

However, “what I call the religious understanding – that the highest good, or the most desirable state of being, would be one where we weren’t susceptible to pain or loss or death – is, I think, holding us back both individually and collectively to full, practical devolution to our individual and collective life as it truly matters”.

The theme is developed further in his book as he explores what a society based on secular faith would look like. For a start, it would mean reorienting our values so that we cherished nothing greater than whatever time is available to us while we’re alive.

This would have a revolutionary effect, Hägglund argues, as it would suggest - among other things - that the economy should be directed towards, not income generation but rather, increasing the amount of “socially available free time”. He explains further as this week’s Unthinkable guest.

What exactly do you mean by secular faith and how does it differ from religious faith?

Martin Hägglund: “In the most general terms, what I am calling secular faith designates the practical activity of sustaining any commitment. We need the vocabulary of faith, because questions of fidelity and betrayal are at stake in all forms of commitment.

“I’m here using the term ‘secular’ in a very capacious sense and in accordance with its etymological root: the secular is the worldly, the temporal, the historical. In my sense, everything that depends on our historical practices is secular.

Are you ignoring, though, the motivation religious faith in a broader sense can provide? You yourself cite the Christian campaigner Martin Luther King in the book as someone committed to a noble cause.

“I seek to show that King’s living faith – the faith that is implicit in his practical commitment to emancipation and often explicit in his political speeches, as distinct from his religious sermons – is better understood in secular terms.

“Indeed, one of thing I’m trying to show is that even in the political speeches when he’s using religious language, King is using terms like ‘God’ not to name an eternal saviour but as a name for the idea of social freedom for all, an idea that we have legislated to ourselves and to which we hold ourselves.

“So instead of taking the lesson of King to be that we need religious faith to sustain our political commitments, the lesson is the secular faith at the heart of emancipatory struggle.”

By celebrating mortality you elevate the value of our finite time on Earth. How does this influence your thinking in the second part of the book when you turn to the economy and the best way of measuring wealth?

“This question of the measure of wealth is for me directly linked to the question of freedom. To lead a free life, it is not enough that we have the liberal rights to freedom. We must have access to the material as well as the pedagogical resources that allow us to pursue and cultivate our freedom as an end in itself.

“The positive measure of value should therefore be how much time we have to pursue the projects and fulfil the obligations that we can recognise as inherently valuable. This is what I call ‘socially available free time’, which requires a form of society that in its principles is devoted to our lives as ends in themselves.”

Does it follow that progressive reformers should focus less on income inequality and more on inequality of free time?

“It’s not that those sorts of reforms [targeting income inequality] are unimportant. But the more fundamental question is not how much income you have but the ability you have to own, and take responsibility for, the question of what is worth doing with your time.”

To lead a “free life”, how much free time exactly do I need?

“It’s very important to say free time in my sense is not necessarily leisure time. It’s time that you spend on activities that you recognise as intrinsically valuable and expressing your commitment. So that could be working really hard but in a way where you can see the point, or purpose, of what you’re doing.

“It is important also to say we can’t blueprint how much free time is enough. But we can create the institutions and forms of education which allow individuals to own the question... Why do you do what you do? ‘Well, because I have to earn a salary. Because I have to make a living.’ Those are not very good reasons to do something. And the better reasons we have for doing what we do, the more free we are in my sense.”

Question: When is the moment of death?

Martin Luther King replies: “Our lives begin to end the day we become silent about things that matter.”