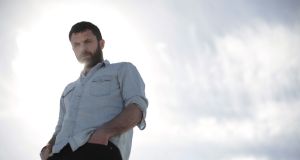 Mick Flannery: ‘Emmylou Harris sings backing vocals on quite a few tracks on Desire and her voice adds a second stamp to the album’s identity’

This album is one of a few Bob Dylan albums I’ve listened to a lot, almost always from start to finish. Desire has a few attributes of its own, apart from being just enjoyable all the way through. It inhabits its own world. The opening track, The Hurricane, about Rubin Carter and the injustice he suffered, is tied in sonically through the feel of Dylan’s voice and the energy of Scarlet Rivera’s violin. Rivera’s playing leaves a strong mark on the album and is almost its signature. After writing a few songs of my own, likely inspired by this album, I was drawn toward a violin player I met in college in Cork, Karen O’Doherty. She had the same ability to put her signature on a song. We started out doing gigs as a duo and have played music together since.

Emmylou Harris sings backing vocals on quite a few tracks on Desire and her voice adds a second stamp to the album’s identity. The juxtaposition of Harris and Dylan’s voice just works so well. My mother was a big fan of Emmylou Harris, and we used to duet the song Oh, Sister from this album.

My favourite of the recordings is Sara, with its evocative imagery of Dylan’s family life. That’s maybe also because I know that his wife was there in the studio while Bob recorded it. There’s something romantic about knowing that fact, and it’s a rare glimpse into that side of Dylan.

Mick Flannery’s concept album Evening Train has been transformed into a musical by writer Ursula Rani Sarma and director Annabelle Comyn as part of Cork Midsummer Festival. See it at The Everyman with a live band and actors from June 13th to 23th. everymancork.com