Keaton Henson: ‘I don’t like performing or anything that veers into that territory’ 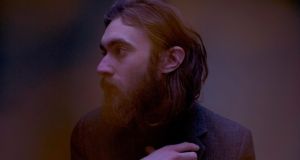 Keaton Henson: “I’ve always been willing to put myself through other hardships to avoid the specific feeling of being confronted by hundreds or thousands of people”

In addition to believing that the human brain is the most incredible thing in the entire universe, the late Oliver Sacks always maintained that music possesses a unique power. “Music can pierce the heart directly,” Sachs wrote in his 2007 book, Musicophilia: Tales of Music and the Brain. “While music makes one experience pain and grief more intensely, it brings solace and consolation at the same time.”

These sentiments echo the work of English musician and composer Keaton Henson. The 30-year old Londoner is the son of Nicky Henson, a Royal Shakespeare Company actor who has appeared in EastEnders, Downton Abbey and Fawlty Towers, and Marguerite Porter, a former Senior Principal Ballerina and current Governor of the Royal Ballet. Henson has worn many hats over the years; a musician who has released six albums; a poet; a visual artist who has designed sleeves for early pop metalcore band Enter Shikari, and a composer.

Currently, Henson does not tour because of chronic anxiety. He has claimed that buying a pint of milk can be an excruciating ordeal, so imagine how terrifying it can be for him to perform in public. “I don’t really do interviews,” he says. “I don’t like performing or anything that veers into that territory.”

For an imminent Dublin engagement, Keaton will surrender all performance responsibilities to an orchestra led by Crash Ensemble in the National Concert Hall, although Henson himself will be in attendance. The piece itself, entitled Six Lethargies, is his audacious attempt to musically articulate the experiences and sensations of anxiety itself. Six Lethargies was premiered by the Britten Sinfonia in the Barbican last summer, and the experience completely exceeded his expectations.

“It felt like 40 people were pulling me out of a hole,” Henson recalls. “It was amazing to witness what had been ratting around in my head for the last two years performed by 40 incredibly talented people, not to mention a massive relief. That’s what first drew me to classical music in the first place when I was younger. I was hit by the realisation that there could be this positive army who could just play without ego and perform what’s on the page as well as possible.“

Before the euphoria of witnessing Six Lethargies coming to musical life in the Barbican, Henson found the writing process itself torturous. “It nearly took me about two to three years of solidly banging my head against a wall,” Henson says. “There is a section in the middle designed to express, and hopefully elicit, anxiety. I don’t want to give too much else away or reveal any spoilers until people hear it for themselves. I hope to release it as an album later this year.”

Henson was also profoundly moved by the audience’s response at the Barbican. “It was overwhelming,” he recalls.  “I’ve been incredibly fortunate to have had amazing interactions with people who experience very profound responses to my music.There was an outpouring of empathy, not just for me, but for every single person in the entire room. A lot of people stayed for hours afterwards, chatting in the foyer and patio section of the Barbican. At this stage, I’d ran home, but I was told that a huge portion of the audience stayed on talking about things for ages. It really appeared to have opened something up.”

Not every project has gone this well. When Keaton opened an exhibition in a Shoreditch gallery called Gloaming, he came up with the novel idea of performing a series of intimate concerts in a custom made doll’s house to a single person at a time. While this had the desired effect of easing his performance anxiety, he was forced to play for nearly three consecutive days. “It was quite early in my career and it wasn’t necessarily a well thought out idea,” he says. “I’ve always been willing to put myself through other hardships to avoid the specific feeling of being confronted by hundreds or thousands of people.”

When promoting his early folk-orientated albums, Henson played in museums, galleries, churches and other unconventional spaces, such as the Freud Museum in London, and a Masonic Lodge in Los Angeles. “I started to think a lot more about space, and especially how different spaces can impact on the attitude of the audience. When we enter a church or museum we tend to whisper and walk quite quietly or remain still.”

Bizarrely, Henson agreed to appear in front the television cameras at Other Voices in 2015, which seems like a rather strange choice for an artist with acute anxiety. “I’m aware a payment needs to be made,” he says. “I don’t expect to do my favourite thing all day long without some kind of catch. Other Voices is staged in a church, so it was quiet and amazing, and I’ve always felt very connected to Ireland, but I did forget the lyrics and had to abandon an entire song. Again, it felt like the entire audience were giving me a huge hug, so it was really lovely. I’ve a deep affinity with Irish poetry and music and the landscape was amazing. I am very drawn to Irish and Scottish folk music. I think Paul Brady is one of the greatest voices of all time and not enough people know him.”

The best way to help people, and improve society in general, is empathy

When making his early folk-based records, Henson was forced to record in short bursts between planes taking off and landing along the Heathrow flight path, under which he lived. “Fortunately, now I live on top of a hill about a mile from the nearest building, Henson reveals. “There isn’t an airplane in sight. I’ve been trying to get away from those airplanes my entire life. There are other recording challenges now. I was wrestling with a woodpecker this morning when I was trying to do a take.” While Henson likes solitude, he doesn’t view himself as a recluse in the classic sense of the word. “I really enjoy people,” he enthuses. “On the other hand, I do like to be on my own a lot, and I am particularly hypersensitive to sound. It is only when you experience complete silence that you realise how much can be heard in a city at any one time. Our brains use so much cognitive energy processing sound.”

His management use social media to promote him, but he doesn’t touch it with a barge pole. “I’ve always struggled with the idea that because I bleed onto a page for someone that I’m also expected or obliged to take pictures of my lunch, or say where I am, or whom I’m with. Personally, I don’t seek that in the artists that I like. I don’t want to know everything about their life, apart from what they choose to tell me in their work.”

Ultimately, Henson believes Six Lethargies is essentially an exercise in eliciting empathy. “Sadness and joy tend to be well documented and easily translated into music, but I am interested in trying to communicate something more complex and abstract, exploring anxiety, depression, and the absence of feeling,” Henson says. “The main thing I learnt from my deep dives into neuroscience while researching this is that music is a key to empathy. There is so much going on around raising awareness of mental health that I feel like it has become a buzz word. The best way to help people, and improve society in general, is empathy. Music is a powerful tool for creating empathy, and communicating incredibly complex feelings in a manner that anyone can grasp, without any explanation whatsoever.”

MUSICIANS WHO SHUN THE STAGE

SCOTT WALKER
When the recently deceased singer led the Walker Brothers, his band were bigger than the Beatles. After a car containing Walker was got overturned outside the Adelphi on Middle Abbey Street in 1966, he began to withdraw from the limelight and stopped playing live altogether in 1978.

KATE BUSH
Kate Bush staged Tour of Life in 1979, then total live silence for 35 years until an unexpected stage production co-written with novelist David Mitchell, Before the Dawn, ran in the Hammersmith Apollo for 22 nights. It has been suggested that Bush’s dislike of flying has put her off performing the show any further.

ELIZABETH FRASER
Once described as the voice of God, Elizabeth Fraser’s vocals feature on the work Massive Attack and This Mortal Coil, and of course, Cocteau Twins, who played a rare live show in the SFX in 1986. Fraser delivered a spellbinding performance at Massive Attack’s 3Arena appearance in February. Their slo-mo signature hit, Teardrop, was a jaw-dropping highlight.

BETH GIBBONS
Beth Gibbons chain-smoked and clung to the microphone stand for dear life during early Portishead shows. Last seen around these parts at the Electric Picnic in 2014, they keep touring to a bare minimum and take their time between albums. Last week, Domino Records released a spellbinding live album of Gibbons singing Henryk Górecki’s seminal Symphony no. 3 (Symphony of the Sorrows).

And now for some lockdown-unfriendly architecture
5