The best rock and pop gigs for the week ahead

From St Vincent to Emeli Sande, here’s the best live music for the next seven days 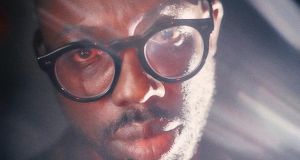 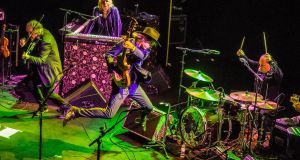 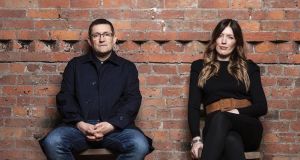 The Workman’s Club, Dublin €10 theworkmansclub.com Recovered from Elaine Mai’s gig on Friday night? Alright. Then join Slow Place Like Home for the album launch of the brilliantly titled When I See You… Ice Cream!

SPLH is the recording moniker of Donegal man Keith Mannion and his album, which was written between Donegal and the Algarve, is a synth-heavy, trippy exploration of world we live in. He will be supported by the deadly Floor Staff on the night. LOUISE BRUTON

Oklahoma-born, Texas-raised Annie Clark is some woman – for several years and across five albums she has delivered songs that touch on love, sexual power, drugs, alienation and loneliness. More than several tracks from her wonderful new album, Masseduction, will be performed here, while advance reports suggest that accompanying visuals will effortlessly mix and match (a la the new videos released so far) Clark’s distinctive sly wit with super-smart design aesthetics. TONY CLAYTON-LEA

There is a very special place in the hearts and heads of Irish Americana/ roots fans for The Jayhawks, the US band formed more than 30 years ago by Gary Louris and Mark Olson. The Jayhawks remain a totemic alt.country band for many, but Olson’s solo work has much to recommend it. Now in creative and life partnership with Norwegian musician Ingunn Rinvold, expect some downhome, intimate tunes from their albums Good-bye Lizelle (2014) and this year’s Spokeswoman of the Bright Sun. TCL

Forty years ago, Merseyside’s Andy McCluskey and Paul Humphreys co-founded Orchestral Manoeuvres in the Dark. Within three years, influenced by the likes of Kraftwerk and Brian Eno, the group had released three albums, the third of which, Architecture & Morality, is regarded as a seminal piece of work.

Break-ups and side projects notwithstanding, McCluskey and Humphreys remain the core members, and have, since 2010, released three further albums (most recently, The Punishment of Luxury), which take their love of Kraftwerk and pop music to new and often inventive places. Special guest on these Irish dates and the remainder of OMD’s UK tour is Irish electro-pop group, Tiny Magnetic Pets. TCL

Button Factory Dublin 7.30pm €16 buttonfactory.ie Ghostpoet (aka Obaro Ejimiwe) is a two-time nominee for the Mercury Music Prize, and as such is no stranger to plaudits and acclaim. He is on the receiving end of them again for his most recent album, Dark Days + Canapés, which was described by Clash magazine as “boasting a rare sense of unity and . . . real impact.” Those in favour of languid if pointed sung-spoken monologues are in for a rare treat. TCL

US singer-songwriter Elliott Smith released his third album, Either/Or in February 1997, and while it didn’t set the charts on fire, it was quickly recognised as a classic album. It also set Smith on a more recognisably mainstream path, thanks to director Gus Van Zant incorporating three songs (and some newer Smith material) into the soundtrack of his 1997 film Good Will Hunting. The album’s 20th anniversary is celebrated by a group of Irish songwriters and musicians (some of whom you know very well) under the umbrella title of Friends of Whelan’s. The friends will perform Either/Or in its entirety, as well as other selected tunes from Smith’s esteemed back catalogue. TCL

It’s a lifetime, is 35 years, but chief Waterboy Mike Scott views the time spent writing and delivering what some describe as “the big music” as mere drops in the ocean. Everything is to play for when it comes to the music, an approach further strengthened by the band’s latest (double) album, Out of All this Blue, which shoots its mouth off here, there and everywhere yet ends up being (mostly) focused. Add to this Scott’s proclivity for being continuously on the lookout for the best way to keep an audience on high-jinx alert, and you have a gig that looks set to spark at every opportunity. TCL

This will be a big night for ska fanatics, and with the amount of ska bands still going strong in Ireland, the crowd will be a who’s who of the Irish scene. Neville Staples of The Specials fame is touring his latest solo album, Return of Judge Roughneck & Dub Specials, and the 62-year-old can still skank with the best of them. Taking place in the Voodoo Lounge, the haunting ground for many a ska-head back in the day, this gig shall be a sweaty and nostalgic event. LB

The owner of one of pop music’s most distinctive voices of the past 35 years, Alison Moyet has seen them come and go, yet she has steadfastly held on to her credibility as a performer. While she may be best known for memorable pop songs from the 1980s and beyond (Only You, Don’t Go, Invisible, All Cried Out, to name but four), her latest album, Other, contains some of her best work, and also sees her return to delivering smart, smooth and exploratory electro-pop. If you’re looking for a pop music alternative to the many jazz gigs taking place in Cork this weekend, then here is the gig for you. TCL

Back in 2012, we couldn’t move an inch without bumping into Scottish singer Emeli Sandé. She was everywhere. She sang at the opening and closing ceremonies for the London Olympics, performed on The X Factor, took over the radio and haunted your dreams with her catchy, unavoidable brand of pop. Since then, she’s kept it low-key, giving us some time to breathe and now, on her only Irish date this year, she’s playing the 3Arena. If you’re totally insane for the Sandé, for €248.51, you can upgrade your ticket to a meet and greet package. LB