The best jazz gigs to see this week 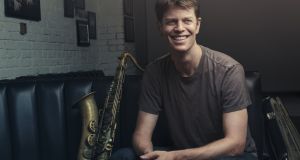 Zrazy. Baggots Hutton, Dublin, 8.30pm, €12, baggotshutton.com –Jazzy-pop (or is that poppy-jazz?) duo Zrazy - singer/flautist Maria Walsh and pianist/saxophonist Carole Nelson - have been going their own way and singing their own songs for the last two decades. With their feel-good melodies, light, world grooves, and politically aware lyrics, they have carved out a unique space in the Irish jazz landscape. They were certainly the first women in Irish jazz (at least since Zandra Mitchell in the 1920s) to lead their own group and for that, they have not always received the recognition they deserve. With Dave Redmond on bass and Dave Stapleton on drums.

Listen Arthurs, Dublin, 8pm, €10, listen.ie – Listen is a salon for the genre blind, the musically curious and the easily bored. With four acts in every show, nothing lasts too long, and if you don’t like what you’re hearing, not to worry, there’ll be another act along in the few minutes. This month’s walk on the eclectic side features jazz-classical-folk composer and vocalist Sue Rynhart with a powerful quartet including percussionist Francesco Turrisi, pianist Darragh O’Kelly and bassist Dan Bodwell. Folk banjoist Hanora George will be playing selections from her new release. Much-respected contemporary pianist Izumi Kimura plays duo with the under-appreciated Tipperary guitarist Joe O’Callaghan. And director Vanessa Gildea presents her short film The Abandoning.

Donny McCaslin. NCH, Dublin, 8pm, €20, nch.ie (also Tuesday) –Donny McCaslin was already a key member of New York’s downtown scene, with an international touring career, when he was plucked from that semi-obscurity by a certain David Bowie. Bowie saw the saxophonist and his band perform at the tiny 55 Bar in Greenwich Village and recruited them – en masse – as the backing band for what turned out to be his valedictory album, Blackstar. McCaslin shows up with more or less the same band as part of the NCH’s Perspectives series this week. But be warned, if you haven’t got tickets for these two concerts in the Studio at the National Concert Hall, forget it – they sold out weeks ago. Which shows you just what a brush with a musical icon can do for a jazz career.

Michael Wollny Trio Linenhall, Castlebar; Then tours to Pavilion, Dún Laoghaire (Tues 24th); Sugar Club, Dublin (Wed 25th); Mermaid, Bray (Fri 27th); Droichead, Drogheda (Sat 28th); Triskel, Cork (Sun 29th); musicnetwork.ie – Finding fresh ground on the well-trodden field of the piano trio is an increasing challenge. After Bill Evans, Keith Jarrett, Brad Mehldau and Esbjörn Svensson - and the dozens of soundalike trios that have followed in their wake - it can be hard to find something original to say. German pianist Michael Wollny’s trio are making a fair fist of it though: with long-time collaborator and drummer Eric Schaefer and bassist Christian Weber, the extravagantly talented Wollny spins elaborate webs, drawing on classical music, Kraftwerk and punk rock among much else.

Ivan Yates turns the blowtorch on all politicians
9