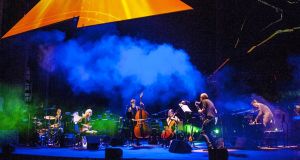 New Music Dublin
National Concert Hall, Dublin
Dublin’s annual new music bash takes over the NCH for four days for what festival director John Harris calls “a myriad of creative musical endeavours, right across the spectrum of new music”. The big ticket (but low price – €10) events are accordionist Andreas Borregaard and the Ligeti Quartet with the RTÉ NSO under Ryan McAdams in works by Daniel Bjarnason, Siobhán Cleary, Jane O’Leary and Hugh Gudmundsson at 7.30pm on Thursday (followed by the Bang on a Can All-Stars at 9pm in works by Julia Wolfe, David Lang, Philip Glass and Steve Martland), and the RTÉ CO in Sunday’s closing concert under Ilan Volkov with the Bang on a Can All-Stars and the RTÉ CO in Gerald Barry’s Viola Concerto (soloist Lawrence Power) and Julia Wolfe’s Flower Power. The 25-odd events include installations, a Diatribe Stage series, Brian Irvine’s Totally Made Up Orchestra, the Irish premiere of Andreas Borregaard’s Solo-Act, Fergus Johnston’s Sinfonia, “a memorial wall in sound” that uses “material generated from all 1,023 cyphered names of the children who died between 1925 and 1960 in the Bon Secours Home, Tuam, and the Bethany Home, Dublin”. You have been warned.

Tiger King: You wait years for just one animal-collecting weirdo, then half a dozen arrive at once
Real news has value SUBSCRIBE