Hansel and Gretal the opera, work by women composers and celebrating Beethoven 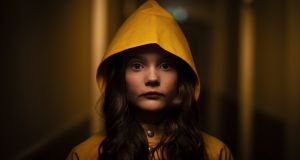 Irish National Opera is teaming up with Theatre Lovett and the Abbey Theatre for an English-language production of Humperdinck’s opera Hansel and Gretel. Photograph: Ros Kavanagh 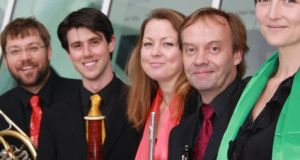 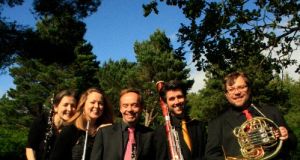 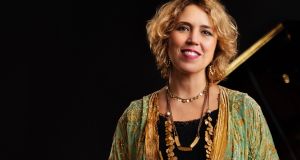 Pianist Gabriela Montero will perform with the National Symphony Orchestra

Saturday, February 8th
Hansel and Gretel
Abbey Theatre, Dublin, and on tour irishnationalopera.ie
Irish National Opera (INO) is teaming up with Theatre Lovett and the Abbey Theatre for an English-language production of Humperdinck’s opera Hansel and Gretel. Theatre Lovett’s Muireann Ahearn and Louis Lovett are presenting the seven musicians of the INO ensemble on stage, within the action, in what is promised to be “a mysterious and provocative production”. The title roles are taken by Raphaela Mangan (Hansel) and Amy Ní Fhearraigh (Gretel), with Miriam Murphy as Mother, Ben McAteer as Father, Carolyn Dobbin as the Witch, and Emma Nash as the Sandman and Dew Fairy. Richard Peirson conducts and the designs are by Jamie Vartan. After its run until February 15th at the Abbey, the production tours to Navan, Kilkenny, Wexford, Cork, Tralee, Limerick, Galway, Longford and Letterkenny.

Friday, February 14th
RTÉ National Symphony Orchestra/Jaime Martín
National Concert Hall, Dublin, nch.ie
The RTÉ National Symphony Orchestra’s already popular new chief conductor Jaime Martín pays his respects to the year’s Beethoven celebrations. He is pairing Beethoven’s epic Eroica Symphony with Mozart dark Piano Concerto No 20 in D minor, K466, in which the soloist is Venezuelan pianist Gabriela Montero. The concert, which has a 7.30pm start, opens with the Overture in C that Fanny Mendelssohn, her only orchestral work, which she wrote in her mid-20s.