The remixer and musician, who took acid house into the mainstream, suffered a pulmonary embolism 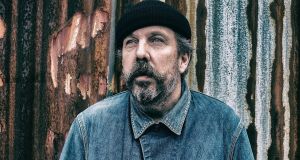 His management wrote in a statement: “We are deeply sorry to announce that Andrew Weatherall, the noted DJ and musician passed away in the early hours of this morning, Monday 17th February 2020, at Whipps Cross Hospital, London. The cause of death was a pulmonary embolism. He was being treated in hospital but unfortunately the blood clot reached his heart. His death was swift and peaceful.”

Following a young adulthood in the post-punk scene, Weatherall became a key figure in countercultural – and occasionally mainstream – British music after becoming one of the key DJs in the acid house movement of the late 1980s.

He was recruited by Danny Rampling to play at London nightclub Shoom, and soon founded the record label Boy’s Own Recordings and the production outfit Bocca Juniors. Further musical projects included Two Lone Swordsmen, with Keith Tenniswood, and the Sabres of Paradise, though perhaps his most famous musical work was with Primal Scream on their breakthrough 1991 album Screamadelica.

By taking the band’s anthemic songwriting and adding samples, loops and the rangy euphoric energy of Ibiza, Weatherall’s production made the album one of the most celebrated of the 1990s.

He was also acclaimed for his work as a DJ on Happy Mondays’ Hallelujah, New Order’s World In Motion and Primal Scream’s Loaded.

He continued to work as a DJ and producer until his death, with his A Love from Outer Space club night series and production monikers like the Asphodells.

Musicians paying tribute to him included the Charlatans’ Tim Burgess, who wrote on Twitter: “Shocked and saddened to hear that cosmic traveller Andrew Weatherall has left the building. Always a pleasure to meet up with him and share good times.” Dave Haslam, another key figure in the acid house era, said that Weatherall was “one of the greatest, sweetest, funniest guys I’ve ever met”.

New Order said in a statement the band were “very saddened to hear about the passing of our friend, and collaborator, Andrew Weatherall”.

Peter Hook, formerly of New Order and Joy Division, said: “So sad to hear about Andrew Weatherall. I was only listening to his mix of ‘World in Motion’ in the gym this morning and thinking how amazing it was. I worked with him many times - he was a truly nice, kind man who shared many, many words of wisdom. RIP. X”

Author Irvine Welsh described Weatherall as a genius. “Absolutely distraught to hear this terrible news. Andrew was a longtime friend, collaborator and one of most talented persons I’ve known. Also one of the nicest. Genius is an overworked term but I’m struggling to think of anything else that defines him.”

Weatherall. A wonderful person who contributed so much to music and British culture. The world is a poorer place today.”

DJ Gilles Peterson added: “Hard to put into words the influence and impact Andrew Weatherall has had on UK culture... so sad to hear of his passing RIP.” – Guardian/PA