Or, for a go-to gig with a difference, try Nighthawks at the Cobalt 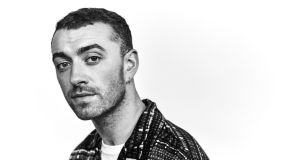 All Tvvins
Róisín Dubh, Galway; 8pm; €26/€24; roisindubh.net; also Sunday, same venue, Galway; Thursday, Dolan’s Warehouse, Limerick, 8pm, €20 (sold out), dolans.ie; Friday, Cyprus Avenue, Cork, 9pm, €20 (sold out), cyprusavenue.ie
Conor Adams and Lar Kaye must be high-fiving each other by this point. Several years ago they were in different bands (Kaye in Adebesi Shank, Adams in The Cast of Cheers), but when the sums (or, indeed, the sum of the parts) didn’t add up they teamed up for yet another bash at making the music matter. Within a year or so All Tvvins had released their 2016 debut album, IIVV, and watched it land them a Choice Music Prize album-of-the-year nomination. Currently working on album number two, Kaye and Adams have a dynamic that unlocks explosive music. Don’t say you weren’t warned. The band’s tour continues until Saturday, March 31st, when they play the INEC, in Killarney. Tony Clayton-Lea

Nighthawks at the Cobalt
Cobalt Cafe, Dublin 1; 7.45pm; €15
This multistranded evening has been on the go for several years, and it remains a go-to gig because of its diversity, as it more often than not blends music with comedy and poetry. Tonight’s mix doesn’t break the mould yet still offers more bang for your buck than similarly themed events. Music is provided by Young Earth, Jane Willow and Ruth Mac; comedy by Aindrias de Staic and Tomie James; and poetry by the superb Colm Keegan, who will be reading from his recently published collection, Randomer. Don’t be too surprised if it has sold out. TCL

BARQ
Whelan’s, Dublin 2; 7.30pm; €10; whelanslive.com
BARQ, whose use of capital letters surely denotes a STATEMENT, is fast emerging from a wealth of soul/electro acts by its decision to fuse slip-sliding grooves with authentic grit. The band’s innate musicianship is also bolstered by the instrument that is Jess Kavanagh’s voice, which can swing from a whisper to a scream and back in a breath. This show celebrates the launch of a double single (eh?) release, Sassy Mouth and Earthquakes, each of which puts the political beside the personal. Fine music, fine voice. TCL

Touts
Grand Social, Dublin 1; 7.30pm; €8; thegrandsocial.ie
Many bands of a punk-rock persuasion have had the right influences, the right noises and the right approaches, but few have been as good or as potent as the Derry band Touts. Little was known about them this time last year, but between 2017 EP releases and performances (notably at Other Voices’ shindigs in Derry and Dingle), Touts have proven their worth as a particularly tenacious band. They have tunes, too, which always helps. We think you’ll be impressed. TCL

Dream Wife
The Workmans Club, Dublin 2; 8pm; €13; theworkmansclub.com
There’s something intriguing about a band named after a 1950s romantic comedy (starring Cary Grant and Deborah Kerr, no less) and whose members were raised on The Slits, Sugarcubes and Bikini Kill. Say hello to London-based Bella Podpadec, Rakel Mjöll and Alice Go, a trio of former Brighton University students who started Dream Wife as an art-school performance piece. With an impressive self-titled debut album doing the rounds, expect equal measures of confrontational post-punk and snaggle-toothed pop. TCL

Anne-Marie
Olympia, Dublin 2; 8pm; €23; olympia.ie
The Essex singer Anne-Marie is part of the exciting wave of young women taking over the charts, releasing music with messages of independence and sensitivity that also gives you ammunition to hit the dance floor. She has sold out the Olympia Despite having yet to release a debut album; impressively, she has done so on the strength of the single Heavy Rockabye, her collaboration with Clean Bandit. Louise Bruton

Belle & Sebastian
Vicar Street, Dublin 8; 7.30pm; €46.50; ticketmaster.ie; also Tuesday, same venue
If there is a prime example of a band that has withstood more than 20 years of musical swings and roundabouts, it is surely Belle & Sebastian. You can put this down to the unwavering loyalty of the Glaswegians’ original fans, who have grown into even more of a community thanks to the reach of the internet. And besides, how can you not admire a band that nabbed a Brit Award 20 years ago (for the 1998 album The Boy with the Arab Strap) courtesy of the enthusiastic online voting of those same loyal fans? That familiar loyalty will be at Vicar Street for two nights, as will the band’s perennial rock’n’droll indie pop. TCL

Mø
Olympia, Dublin 2; 7pm; €21; ticketmaster.ie; also Wednesday, Mandela Hall, Belfast, 7pm, £16.50, mandelahall.com
Frankly, we are not surprised that Karen Marie Aagaard ørsted Anderson truncated her name to the much more user-friendly Mø. Such thoughtfulness transfers to her music, which has been out and about since she released her debut album, No Mythologies to Follow, four years ago. The pitch back then was electro-pop with a post-punk bang, and it hasn’t really changed. A stop-gap between the debut and its highly anticipated follow-up arrived last year with the six-track EP, When I was Young, but we won’t have to wait much longer for a more extended release. In the meantime, think Janet Jackson schmoozing with Sonic Youth’s Kim Gordon. Yeah – that’ll do the trick. TCL

Phoenix
Olympia, Dublin 2; 8pm; €34.50; olympia.ie
The last time Phoenix played Ireland it was to a soaking crowd on Electric Picnic’s main stage. The French group put everything into their stylish, avant-garde pop show to let the miserable crowd know their presence was appreciated. From lashing rain to lush surroundings, this pop explosion gets a second chance. Treat yourself. LB

Gary Numan
Limelight, Belfast; 8pm; £32.50; limelightbelfast.com; also Thursday, Olympia, Dublin, 7.30pm, €40.05, ticketmaster.ie
Gary Numan asked are friends electric almost 40 years ago, and although no one felt compelled to answer the 60-year-old has continued this line of inquiry. You have to hand it to the man: over the years Numan has influenced many acts, including Marilyn Manson and Nine Inch Nails, yet has maintained a singularity few others could manage. Although his two most recent, interconnected albums, Splinter: Songs from a Broken Mind and Savage: Songs from a Broken World, dither between melodrama and mediocrity, his live shows rock like the proverbial. TCL

Young Fathers
Academy, Dublin 1; €25; ticketmaster.ie
The intensity of a Young Fathers gig can go one of two ways. When the Scottish group hit the mark, powerful songs like Get Up and Rain or Shine can arm you with enough energy to start a revolution, but if they’re having an off day it all falls a bit flat. Their new album, Cocoa Sugar, is important, so let’s hope they can lead our revolt. LB

Homebeat & D-Light Present: Ryan Vail Album Launch
D-Light Studios, Dublin 1; €9.24-€16.81; homebeat.eventbrite.ieTo celebrate the release of Ryan Vail’s album Distorted Shadows, Homebeat and D-Light are throwing a BYOB party, with the Dublin act Wastefellow and the Northern Irish artist Lilla Vargen to support the Derry man. Vail blurs the lines between folk, classical and electronic music, creating a softened dreamworld with a sharp edge. He will be flying in from Berlin, after a gig at the infamous Berghain club, so give him a gentle yet supportive welcome. LB

Sam Smith
3Arena; Dublin 1; 8pm; €46.15 (sold out); ticketmaster.ie
Sam Smith’s debut album, In the Lonely Hour, from 2014, introduced what some critics termed the male Adele. Smith’s latest album, The Thrill of It All, from 2017, broke no boundaries, but if your thing is heartache on a sleeve from a pop star with little charisma, then Smith is your man. There’s another show (also sold out) at the same venue on Saturday, March 31st. TCL

BD Festival
Glendalough House, Co Wicklow; €27.50-€71.50; bdfestival.ie
Formerly known as Barn Dance, this event used to be a ticket out of a booze-free Good Friday, but now the pubs are allowed to open, BD Festival – a BYOB event – simply provides an escape for a regular old Friday. Immersive art installations will fill the grounds of Glendalough House, and with the club nights Toast and Wah Wah Club curating stages, with electro acts like Boots & Kats entertaining, the music is bound to be a different kind of immersive experience. LB