Party on for Paddy’s Day: This week’s rock and pop highlights 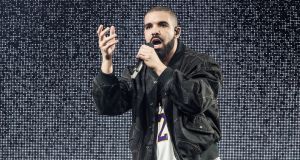 After a short resting period, Connolly’s of Leap has opened its doors again. They waved hello to 2019 with an International Women’s Day event and they’re moving onwards with a Paddy’s weekend session led by Fish Go Deep. The Cork house DJs and producers, made up of Greg Dowling, Shane Johnson and Colm Motherway, will be spinning tunes from 8pm until the wee hours. Let them put some extra pep in your two-step. LB

This Land is an opportunity to immerse yourself in performances from singers, musicians, rappers, poets and performers who have recently arrived in Ireland. Collaborating with actor Raymond Keane, Irish-Libyan singer Farah Elle and Candlelit Theatre, they will explore Irish identity and explore the question “what is it to belong?” This is a celebration of new talent and a new Ireland, while honouring the past, to create a better future. LB

From filming songs in her bedroom and uploading them to YouTube to gathering over 250 million views on the same platform (via her own channel) is something that UK singer-songwriter Dorothy (aka Dodie) Clark has taken in her stride. She has, however, something in her bag of skills that quite a few of her peers don’t: a genuine knack for writing personal, odd and intimate songs that hit a nerve with her rapidly increasing fanbase. Clark has yet to release an album, but three EPs (including this year’s Human) attest to her compositional strengths. TCL

Music and event promoters Woweembeem and Telephones have put their heads together and gathered a motley crew of acts for a special St Paddy’s Day extravaganza. No trad sessions for us, though, but rather a party atmosphere with the likes of Irish-Nigerian Afrobeat ensemble Yankari, hip-hop saviours Super Silly, Brazilian crew Meruteria, and Irish-Saudi group Moving Still. The relentlessly astute Donal Dineen (whom the promoters describe as “the granda of eclecticism” – very cheeky!) bookends the night with the kind of tunes that only he can source. Will you have a grand old time? Let’s put it this way: you’ll be glad there’s a Bank Holiday Monday. TCL

This all-day and all-night party in Galway’s Electric promises 12 hours of dancing across their three dance floors. Kicking off at 2pm, there’s a long list of DJs ready to keep you entertained. To name but a few, Sunil Sharpe will be playing techno on vinyl only, Boots & Kats will be taking care of business with an eclectic mix of tunes, and French DJ Rosita Moulin will be playing world, disco and house music. LB

For one night only . . . well, one night a year, Mother Club is going green. Advocates of disco and electronic music, good times and better people, the queer club has “queen of the airwaves and Celtic goddess” Kelly-Anne Byrne on decks all night for a “special synth Patricks celebration”. Expect to hear songs from Irish electronic artists like Róisín Murphy, Le Galaxie, Le Boom, Daithí and more. For one night, call Mother by her other name: Máthair. LB

One of the world’s most successful pop/hip-hop songwriters (he is ranked by the Recording Industry Association of America as the world’s highest-certified digital singles artist), Drake has little left to prove to anyone. Coming from such a musical family (his father performed with Jerry Lee Lewis, his paternal uncles with Sly & the Family Stone and Al Green), however, it couldn’t have been anything else for him. On this visit to Ireland Drake plugs his latest album, Scorpion, a double set with, nominally, a rap-oriented side and a pop/R&B side (and which this paper described as “a painfully dull barrage of lifeless tunes”). In concert, it will likely be a different story, as he cherry picks the hits from his albums, new and old. TCL

Anderson.Paak has been through the mill – as a child, he witnessed domestic violence, as an adult he, his wife and son were homeless for a period of time. Come 2012, music saved him. By 2014, the year he released his debut album, Venice, he was well on his way to becoming one of the most trusted collaborators in hip-hop, working with the likes of Dr Dre, The Game and Schoolboy Q. His forthcoming album, Ventura, arrives less than six months after the release of Oxnard. Busy man. Special guest is Tayla Parx, a US songwriter, singer and co-writer (with Ariana Grande) of Thank U, Next and 7 Rings. Sounds like a blast of a night, to be honest. TCL

From Derry, Touts have deservedly made for themselves a reputation as a no-holds-barred band that may have some of the usual suspect punk rock influences but that are so good at delivering them in their voice it matters little. Frankly, this writer hasn’t seen such an authentic punk band in decades. Yep – that good. Their brief Irish tour concludes Saturday March 24th at Róisín Dubh, Galway. Special guest at all shows is rising-fast Dublin band Inhaler. TCL

After what can only be described as a fast-moving childhood, Frankfurt-born Alice Merton settled back to life in Germany, and from there onwards discovered her true calling. For the past four years, she has increased her fanbase, particularly across Europe. When she won the 2018 European Border Breakers Award, there was no stopping her, with hit singles such as Why So Serious, Funny Business and No Roots (all from her recently released debut album, Mint) taking her out of Europe and into America. And now, of course, Ireland. TCL

If Drake leaves you all fired up after his gig on Thursday, which he’s very likely to do, it’s good to plan the after party in advance. Enter the RnB Club. With doors opening at 11pm, they will be playing classic and forgotten R’n’B tracks from the ’90s, along with plenty of Drake songs. Ready yourself for some Bey, some Jay, The Pharcyde, Ginuwine, Lauryn Hill, J Dilla and many more. LB

Along with London’s Madness, Birmingham’s UB40 can lay claim to being the most successful UK-based pop/ska group. The figures speak for themselves: over 50 hit singles in the UK charts, and over 70 million records sold worldwide. Not bad going for a group named after an unemployment benefit form. And yet, despite the hazy, good-time vibes of their reggae tunes, there is trouble in the ranks, what with two versions of the group doing the rounds. This version features several original members but not the original vocalist, Ali Campbell (who was replaced in 2008 by his brother, Duncan). UB40 also play 3Arena, Dublin on Saturday March 23rd. TCL

Last year marked 25 years since singer Gabrielle released her debut single Dreams. That’s right , 25 bloody years. Still counted as one of the UK’s most successful singers, she returned to the charts last July with Under My Skin – her first album in 11 years – and hit the number one spot in the UK independent albums chart. Limited tickets are left for this gig so if you need nostalgia like you do a hot meal, let Gabrielle lead the way. LB

Here we go again: names to watch out for, music to cop an ear to, another year of Next Big Things we are told we really need to be aware of. You can add to all of the aforementioned Dubliner Molly Sterling, who has impressed anyone who cares to listen with her subtle but unyielding songcraft. So far, Sterling has released three singles: Plain Static, Stripped Down and Feeble, for which tonight’s gig is the launch. Expect to hear more of Sterling as the year progresses – she is someone to watch out for, she has music you should to cop an ear to, and she might even be one of the Next Big Things. TCL