Formed as The Wizards in early 1960s, group evolved from beat group into folk-rock combo 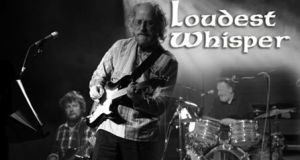 It was the year of the Prague Spring, the student revolt in France and the assassinations of Martin Luther King and Robert Kennedy in the US.

Meanwhile, in Fermoy, Co Cork, a group of young men were growing their hair long and morphing from a beat group into a folk-rock combo that, 50 years later, are still on the road.

Originally formed as The Wizards in the early 1960s, Loudest Whisper began to evolve over the course of the decade after they began turning on to the heavier sounds of bands like the Jimi Hendrix Experience, Cream and The Doors, and acquired electric guitars and amps.

According to founder member Brian O’Reilly, the band’s evolving sound – they were listening to a lot of what was coming out of America, such as the Mamas and the Papas and The Loving Spoonful – merited a new name, and they came up with Loudest Whisper.

“We started to get heavier in the mid-60s – we were all mesmerised with the arrival of electric guitars and we felt we needed a new name, and Loudest Whisper kind of captured both sides of our music – both the folky and the heavy, and we began playing as Loudest Whisper in 1968,” said Brian.

The original Loudest Whisper lineup that hit the road in 1968 featured Brian on electric guitar, his brother Paud on drums, John Aherne on bass and Brendan “Bunny” Nelligan on lead vocals. That line-up lasted in the early 1970s when Ron Kavanagh joined as a guitarist and lead vocalist.

Brian’s growing interest in Irish mythology led to him writing a folk opera, the Children of Lir, which featured Kavanagh as Lir. Their record company, Polydor, was so keen on the project that they hired Leo Kelly of Tir na nOg to produce the album version of the work in 1974.

“Polydor put us together with Leo - we weren’t old friends, but he was the right producer for us, as he’d come from the same melting pot,” says Brian as he recalls that Ron Kavanagh left after recording only one track with lead vocal duties being shared by Bunny Nelligan and new recruit, Geraldine Dorgan.

The Children of Lir received only an Irish release with just 500 copies being pressed but with its elaborate crimson and gold sleeve, it became a collector’s item and is arguably one of the most sought-after Irish records ever released with Record Collector noting one copy sold in 2015 for over €500.

The album garnered a rave review from leading authority on folk music, Richard Falk who wrote in the book Galactic Ramble that The Children of Lir is “a wonderful folk concept album with a mystical atmosphere and mellow vocals” singling out Geraldine Dorgan’s singing on Wedding Song as “exquisite”.

Over 40 years later, The Children of Lir is still generating interest with a concert production in Heidelberg in Germany in 2015 followed by performances in the National Opera House in Wexford in 2017 and Cork Opera House this year and a production is planned for the Royal Albert Hall in 2020/21.

But since the stage premiere of The Children of Lir back in Fermoy on January 7th, 1973, Loudest Whisper has undergone numerous personnel changes with Brian estimating that up to 30 people have played in the band as he and his brother Paud remain the two constants throughout the decades.

Both retained their day jobs but managed to play regularly in the US every summer as well as tour in Europe where their version of Celtic rock proved hugely popular while they also recorded a number of well received albums and singles with some great players -as Paud O’Reilly readily acknowledges.

“It’s been a fantastic musical journey - from the smallest seaside halls in Ireland to New York and Abu Dhabi - we’ve met so many different people, and we’ve had so many fantastic musicians in the band - we were so lucky to get that chance, it’s been a privilege, really.”

And now to mark the 50th anniversary of their arrival as Loudest Whisper, the latest incarnation of the band with Paul McCarthy on bass will give a free concert at the Rory Gallagher Music Library in Cork city at 3pm on Friday when the silence signs will be taken down, the amps plugged in and the music goes on.