Yes, Dublin can be heaven (even now, and even for cyclists) 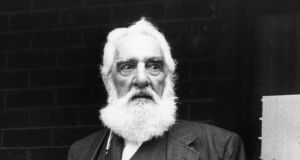 An age-old problem in Dublin is the reluctance of its many rural migrants, no matter how long they live in it, to transfer their loyalties to the city. Having lived here all my adult life, I have no such reluctance. I am happy to consider myself a Dubliner (except in GAA matters – up Monaghan!), taking pride in the city’s achievements and taking personally its failures.

As a resident of Kilmainham’s inner fringe, I may even have become what used to be called a “city slicker”. I rarely visit suburban shopping centres, or drive to anywhere within the M50. If I can’t walk, or get the bus or Luas, my main mode of transport is the Dublin Bikes scheme. Cycling is by far the best way to get around the city centre, especially if you don’t mind risking your life. That must be why, when I sat down to rewrite the Dublin Saunter, aka “Dublin Can Be Heaven” – Leo Maguire’s musical tribute to the city, circa 1950, made famous by the actor Noel Purcell – my version turned out to be bicycle-based, and a bit less relaxed than the original.

I’ve been north and I’ve been south,
I’ve been east and west,
I’ve been like a rolling stone,
Yet there’s one place on the earth,
Where I’m a permanent guest,
And even have the nerve to call my own.

Dublin can be heaven
In the bus lane after seven
On a roll towards Stephen’s Green.
No need to worry
’Cept for that lorry
To whose driver you may be unseen.

James’s Street’s a wonderland
There’s magic in the air
And expletives from that taxi man
You held up just back there.
But if you don’t believe me
Try cycling if you dare
In Dublin on an average weekday morning.

I’ve been there and I’ve been here
I’ve sought the rainbow’s end
But no crock of gold I’ve found
Nor indeed my stolen bikes.
And let me tell you, friend
Those thieves have left me well off, browned.

Still, Dublin can be heaven
On Streets like Cuffe or Kevin
And yes – on College Green.
Just mind that gully
Concentrate fully
Or your wheel will slip in between

Nassau Street’s like Funderland
There’s screaming in the air
Those damn Viking Splash tours again
I nearly hit the kerb.
And if you too are fearless,
Try cycling here and there
In Dublin on an average weekday morning.

I’ve been south and I’ve been north
I’ve even braved the quays
I’ve gone where Red and Mad Cows roam
Yet there’s one place in the town
I’ve always been at ease,
The only spot that cyclists feel at home

Phoenix Park is heaven
(And in Dublin 8, not 7!)
For a roll ’mid all things green.
The glens are furry
It’s scenic – vurry
And the air is remarkably clean.

All the paths are wonderful
There are cycle lanes to spare
(They’re full of bloody walkers, mind
With whom you have to share).
So if you’re new to cycling
You should probably practise there
Not in Dublin on an average weekday morning.

This article is part of Capital Ideas: A series of articles about improving Dublin’s infrastructure, economy, services and the daily life of its citizens. Read the full series here.