The singer, often compared to Adele and Ed Sheeran, is to play the Olympia Theatre 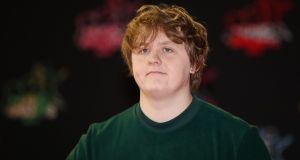 Lewis Capaldi became well-known through recordings he made and released on Soundcloud. Photograph: Valery Hache/AFP via Getty Images

Optimistic online comments such as “this guy could sing nutritional facts off the back of a cereal box, and it would be beautiful” will give you some idea of the way in which Lewis Capaldi is viewed by the public at large. In other words, very positively. For those that have been otherwise occupied, however, it is likely the Glaswegian’s music has not yet impacted upon your day-to-day life. Here, then, is what you need to know.

Now aged 23, Capaldi was discovered six years ago when he uploaded to SoundCloud a song he had recorded on his iPhone. Following extended bouts of developing his songwriting, and simultaneously finishing his education, by his early 20s Capaldi was on a fast track to success. Having a clued-in manager helped, of course – Ryan Walker, formerly a major label executive, says he spent over six months checking out songwriters and singers on SoundCloud, and that when he heard Capaldi he knew he had hit upon a pop act “with broad, mainstream appeal” with the “potential to go all the way”. He wasn’t wrong. Without much radio airplay and as yet unsigned, Capaldi’s debut song, Bruises (released just over two years ago), quickly reached almost 30 million Spotify plays.

The correlation of what people were listening to with Capaldi’s personality, however, was something that Walker particularly wanted to highlight. There was little point, he reasoned, having deeply emotive songs presented on stage by someone who couldn’t deliver during media interviews and those all-important online social channels. Capaldi, perhaps unusually for a songwriter of what the Guardian described as “full-force, ugly crying pop”, didn’t disappoint.

Like Ed Sheeran and Adele – each of whom represents inherently relatable multi-million-selling, multi-millionaire pop stars, albeit ones that can, luckily, disappear for some time to revitalise their lives – Capaldi came across on every level as a transparent, often unfiltered everyman that didn’t care what people thought about him. Unlike Sheeran and Adele, however, Capaldi’s rise in popularity has been comparatively speedy.

Similar in some ways to Irish music act, Dermot Kennedy – in that huge commercial success has come his way more on the basis of streaming plays and performing in increasingly bigger venues than via radio – Capaldi has only recently released a debut album. With a title (Divinely Uninspired to a Hellish Extent) that syncs with his personality, there’s no doubt that the man and his rom-dram songs have touched a nerve – even if one of the many thousands of under-the-line YouTube comments has it right when it congratulates “Ed Sheeran and Adele for having this wonderful child”.

In other words, and despite Capaldi’s Scottish burr and roguish, natural charm, we have heard much of it before. Not that anything so obvious will do the man any harm, of course. You only have to look at the figures: his two shows in Ireland next week sold out minutes after tickets went on sale, as did next year’s 3Arena gigs (March 8th/March 9th) and open-air concerts (Irish Independent Park, Cork, June 18th, Malahide Castle, Co Dublin, June 20th, Ormeau Park, Belfast, June 21st). Capaldi was also recently announced as the opening act for Niall Horan’s 2020 tour, which will bring him face to face with gazillions of former One Direction fans. Resistance, although commendable, is unwise.