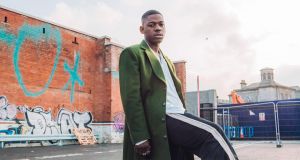 Whitney, Jafaris, Soak, The Murder Capital and Angie McMahon have been announced for this year’s Other Voices festival, which returns to Dingle, in Co Kerry, from November 29th to December 1st.

All five acts will be appearing at St James’ Church, the venue that has been the heart of the event since it began, in 2001.

Whitney, the Chicago-based band led by the Julien Ehrlich and Max Kakacek, released their second album, Forever Turned Around, earlier this year. Jafaris’s first album, in March this year, showcased the young Dublin-based hip-hop artist’s omnivorous musical appetite. The fever around Soak a few years ago would have crushed many a 16-year-old, but the Derry star has paced her career with thoughtfulness and skill. The Dublin five-piece The Murder Capital released a stunning debut album in August; The Irish Times is just one of the papers to have called them a band to watch. Drawing inspiration from Bruce Springsteen, Lianne La Havas and Big Thief, the Australian singer Angie McMahon writes songs that range from punchy rock to whispering ballads.

The only way to get tickets for the church shows, which are staged primarily for the festival’s television series, is by entering one of the event’s competitions. The performances will be streamed to venues around Dingle, however; Other Voices will also be running its music trail around the town, as well as hosting talks and discussions. This year’s guests include the Green Party candidate Saoirse McHugh, the author Caelainn Hogan, the journalist and author Susan McKay and Sara Canning, partner of the murdered journalist Lyra McKee.

The festival’s Dingle Gin Music Trail has an early registration fee of €30 until November 18th; the price then rises to €50. Everybody who registers will be entered into draws for tickets to St James’ Church, among other prizes.