Obituary: The Cranberries vocalist was a very individual presence with a glorious talent

Even before she could talk, Dolores O’Riordan was singing. As a child she would regularly be propped up on a table at her Ballybricken, Co Limerick, home to sing for relatives. It was a uniquely affecting voice that developed into a lilting mezzo-soprano in her teenage years when she first started to write songs influenced by her early devotion to the music of Duran Duran and The Smiths.

A local band, then called The Cranberry Saw Us, were making small waves in Limerick city at the end of the 1980s. Word reached O’Riordan they were looking for a lead singer. Dressed in a shiny tracksuit and with a broken Casio keyboard under her arm, she cycled into the city to audition for them.

“Ok boys, show me what you got,” she said to the three male members of the band. Noel and Mike Hogan and Fergal Lawlor started bashing away on their instruments before O’Riordan played them a song she had just written about her first real kiss from a boy who then publicly dumped her at a local disco. It was called Linger. She got the job with the hastily renamed The Cranberries.

The beguiling mix of indie jingly-jangly guitar sounds fronted by a vocal line that soared and yelped as it bled raw, adolescent emotions was soon being listened to in record company offices in Ireland, Britain and beyond. While still teenagers, The Cranberries signed a deal with the Island Records label and recorded the debut album, Everyone Else Is Doing It, So Why Can’t We?

It was the start of a stellar career that would see The Cranberries become global sensations and sell close to 50 million records over the next 10 years. But success would bend and buckle O’Riordan.

Born Dolores Mary Eileen O’Riordan in 1971, she was the youngest of Terence and Eileen O’Riordan’s seven children and attended Laurel Hill Coláiste FCJ school in Limerick. An alarmingly shy person – who spent many of her early live performances staring at her shoes, fearful of making eye contact with the audience – O’Riordan soon found herself as the frontperson of an ongoing global concern, striding across concert stages worldwide, the focus of attention for stadium-sized audiences.

O’Riordan was the first to admit she was unprepared for fame and ridiculously naive about how the music industry worked. She didn’t have a metropolitan background, would never have the right answers for music journalists and was annoyed to find herself a figure of curiosity in glossy magazine features. She was portrayed as if she still had straw from the farm back home in her hair, a rural ingenue lost amidst the bright lights of rock stardom.

Within a few years of doing her Leaving Certificate, she found herself on the cover of Rolling Stone magazine, opening the front door to find Michael Stipe there with a present for her, singing for the pope, and duetting with Pavarotti. 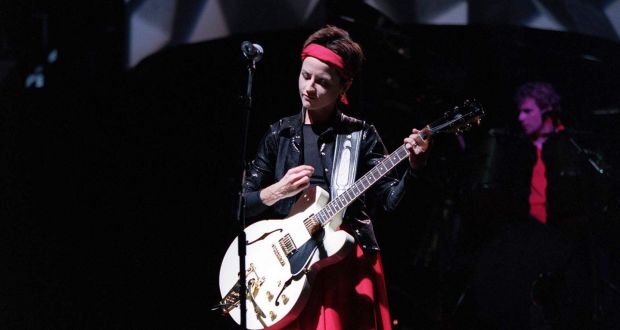 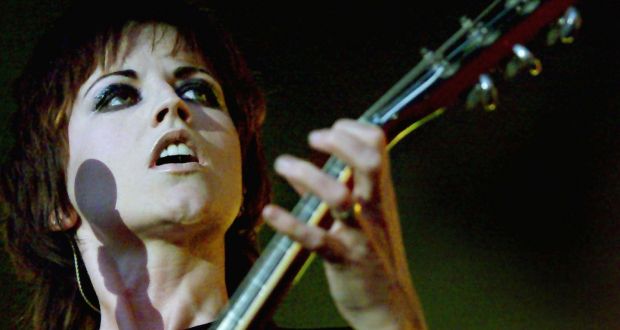 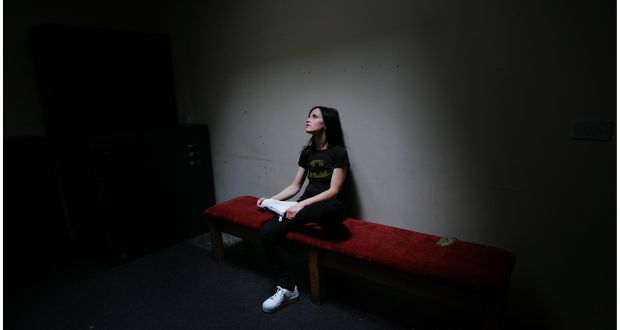 Her songwriting gift was a potent ability to access her emotions and express them in chillingly lovelorn terms. What differentiated her work from her musical peers was a simplicity and a directness of approach. This wasn’t the detached, cool music heard elsewhere – O’Riordan’s biggest songs, such as Linger and Dreams, were the melodramatic emotions of her teenage diary set to music.

One journalist recalled how, when talking about a new song she was working on, she was suddenly overcome with the emotion of the song and burst into tears, and retreated to the toilet for 15 minutes to collect herself.

She was regularly sneered at by sections of the music press for the simplicity of her lyrics and her unfashionable political beliefs. O’Riordan was never a cardboard cut-out singing star mouthing standard-issue liberal sentiments. She talked about the death penalty and expressed views on religion and politics that would have been out of step with rock-star orthodoxies.

As a woman fronting an all-male band, she resented every single question being directed at her. She tired of the fact that while photographic shoots would be of all four members of The Cranberries, the other three would often be cropped out in the final shot. She despaired of being asked about her hair colour, her weight and her boyfriends.

By the mid-1990s, when The Cranberries were one of the biggest bands in the world, the demands of the rock-star life were affecting her health. As regular 18-month world tours would be followed by album recording sessions, O’Riordan developed an eating disorder in response to the stress.

Photographs of her in a malnourished state appeared in the newspapers, prompting genuine concerns for her health.

She began to talk about the horrific sexual abuse she had endured as a child from a person “in a position of trust” in her native Limerick.

In 1994, she married Canadian Don Burton, who was tour manager for Duran Duran. Marrying and having three children at the height of her fame meant that she had very short periods of time following her pregnancies before going out on tour again.

The Cranberries eventually split up in 2003 (though they were to later reform), but it wasn’t long until O’Riordan embarked on a solo career.

She spent much of the last 15 years living with her husband and children in Canada, but in more recent years there were renewed fears for her wellbeing. It emerged that she and her husband had separated and she had gone to live in New York.

Around this time she was arrested and charged in connection with the assault of a flight attendant on an Aer Lingus flight into Shannon in November 2014 and was held in custody before receiving hospital treatment. The charges were formally struck out after she paid €6,000 to the court poor box.

It emerged during the trial that O’Riordan was suffering from a “severe mental illness” at the time of the incident. She had no memory of what had happened. The court was told that O’Riordan had been paranoid and delusional.

She later spent three weeks at St Patrick’s psychiatric hospital. The judge said it would be unfair to criminalise her.

In May of last year she disclosed that she had bipolar disorder.

Over the last few months, she was back making music again. It was while in London for a recording session of her new work this week that she died unexpectedly. The cause of death remains unknown.

A very individual presence, full of charm and cheeky good humour, who lived for her children and loved nothing more than getting back to Limerick, her glorious singing voice and lilting, lovelorn songs are her true legacy.

She is survived by her three children, Taylor Baxter, Molly Leigh and Dakota Rain, and her former partner Don Burton.

Saint Sister: Where I Should End