Classical music development has lagged behind since foundation of State 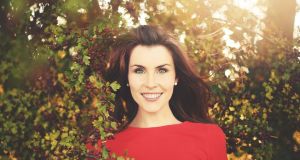 It is extraordinary how laggardly the development of classical music has been in Ireland since the foundation of the state. There was no full-time symphony orchestra until the late 1940s. Dublin was without a concert hall until 1981, and the city still lacks a dedicated venue for chamber music and smaller-scale work.

Full-time degree courses for performers came later again, and there was no comparable training for composers until the start of this century. There still is no opera house in the capital, where the population of the city and suburbs is 1.2 million, though there are ones in Cork, where the equivalent population is 209,000, and Wexford, where the total population of the county is 150,000.

A major academy for the performing arts was announced in 2000 but never delivered. A new hall on the Earlsfort Terrace site of the current National Concert Hall got as far as the architectural competition, but was jettisoned in 2011, just as the John F Kennedy Memorial Hall announced in the 1960s had been in the 1970s.

And the Irish National Opera company planned ten years ago - with funding levels the similarly named company that came into being last year can only dream of - also came to naught. The project had serious collateral damage. It took down Opera Ireland, the long-standing provider of opera in Dublin’s Gaiety Theatre, and nearly brought an end to Opera Theatre Company, which has since been subsumed into the new Irish National Opera.

None of this should really be surprising in a country where the planning of public expenditure can seem so haphazard. The National Children’s Hospital overrun is anything but new. The fact that the projected hospital overrun could fund the Arts Council for years is also anything but surprising in a country where public expenditure on culture on the arts remains doggedly at the bottom of the table in Europe.

But development still happens here. Third-level music in Dublin is to get a boost from the relocation of what was the DIT Conservatory of Music and Drama to the new Grangegorman campus of what is now TU Dublin. The Royal Irish Academy of Music and the National Concert Hall are also engaged on rebuilding projects.

In spite of the work done by the Contemporary Music Centre, there never has been a music publisher in the fullest meaning of the description in Ireland.

The RTÉ National Symphony Orchestra is to achieve independence from RTÉ. The 2016 Composing the Island festival brought to public attention a range of Irish music from the previous hundred years that would otherwise have continued to lie neglected. Sounding the Feminists is pleading the cause of female composers through the National Concert Hall with funding from the Department of Culture. And the international successes of Irish composers and opera singers is at an all-time high.

What’s missing? Well, in spite of the work done by the Contemporary Music Centre, there never has been a music publisher in the fullest meaning of the description in Ireland. And the work of living composers and performers has not been documented on record the way it is in other European countries.

That is changing. The RTÉ lyric fm label has issued around 50 CDs, the latest being of string quartets by Swan Hennessy and Robert O’Dwyer’s early 20th-century Irish-language opera, Eithne. And a number of other labels issue recordings with a focus on living Irish composers.

But the latest CD from the Irish Baroque Orchestra, on Linn Records, Welcome home, Mr Dubourg, looks like opening up another, even more neglected seam. Violinist and composer Matthew Dubourg (1703-67) was appointed “Chief Composer and Master of His Majesty’s Musick attending the State in Ireland” in 1728. With conductor Peter Whelan in dynamic form, the IBO has recorded Dubourg’s complete 1739 ode, Crowned with a more illustrious light, a work which Whelan has managed, literally, to piece together from jumbled manuscripts in London’s Royal College of Music.

The reference point is Handel, who, in the context of the premiere of Messiah had written “as for the instruments they are really excellent, Mr Dubourg being at the head of them”, and the vocal solos in the recording are also strongly delivered by soprano Anna Devin and mezzo-soprano Rachel Kelly.

The disc includes arrangements of Irish airs, Corelli’s Violin Sonata in A, Op. 5 No 5, with some elaborate ornamentation by Dubourg (“Correllis Solos Grac’d by Doburg”), Vivaldi’s Concerto in A for two violins (Sophie Gent and Claire Duff), RV519, and Dubourg’s own Violin Concerto in D, a work which survives only in a copy in a library in Dresden.

There is what is believed to be a treasure trove of uncatalogued 18th-century music in the National Library, and Whelan’s enthusiasm for this repertoire extends to ferreting out works in libraries. So there’s every reason to expect disc to be the first of many.

Who knows, the first opera seria to be staged in Ireland may yet turn up. That would be a coup. L’eroe cinese, by John Field’s teacher Tommaso Giordani, was staged at Smock Alley in May 1766. Giordani, after all, was the composer of Caro mio ben, an aria which was recorded by the likes of Amelita Galli-Curci, Luciano Pavarotti and Janet Baker.

Don McLean on the meaning of American Pie: ‘Who cares, who gives a f**k’
7 The forgotten heroes of war
8