At last, RTÉ National Symphony Orchestra is presenting ‘A celebration of contemporary Irish female composers’ at the NCH 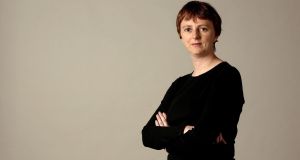 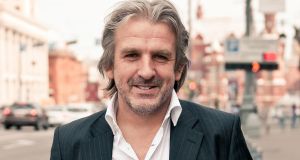 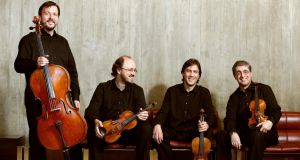 Pigeons on the Grass Alas St Thomas Parish Church, Eglantine Avenue, Belfast 7.30pm £13/£10; also Sun, Hugh Lane Gallery, Dublin Adm free hughlane.ie Chamber Choir Ireland’s latest programme under artistic director Paul Hillier is a double celebration, of the influence of Gertrude Stein and Erik Satie. There are excerpts from Four Saints in Three Acts, the opera Virgil Thomson wrote with Stein in 1927 and 1928, as well as pieces using her texts by John Cage (Story from Living Room Music of 1940) and Paul Hillier (Tea Time). Stein and Cage were both fans of Satie, whose influence can also be heard in the concert’s other works. Gavin Bryars’s And so ended Kant’s travelling in the world is a calm setting of words from Thomas de Quincey’s The Last Days of Immanuel Kant. One of the choir’s singers, counter tenor Miles Lallemant, does a solo turn on piano, playing Howard Skempton’s Three Piano Pieces and The Durham Strike. MD

Music of Our Time NCH, Dublin 1.05pm €5, students & teachers free nch.ie The National Concert Hall and RTÉ are still behind the curve when it comes to the acknowledgement of female composers. The RTÉ National Symphony Orchestra is presenting “A celebration of contemporary Irish female composers commissioned by RTÉ in recent years” but didn’t bother to make a formal announcement of the fact. And the NCH somehow managed to leave the event out of its email of “November Highlights”. To be fair, at the time of writing, the new movement Sounding the Feminists has also been completely silent on the concert. For the record, the chosen works, to be introduced by Ellen Cranitch and conducted by Gavin Maloney, are Elaine Agnew’s Make a Wish, Gráinne Mulvey’s Diffractions, Rhona Clarke’s SHIFT and Jane O’Leary’s From Sea-Grey Shores, which the orchestra took to Lincoln Center in New York in 2003. MD

Barry Douglas, Borodin String Quartet NCH, Dublin 8pm €19.50-€37.50 nch.ie The legendary Borodin String Quartet has been to the West Cork Chamber Music on a number of occasions. But the group is now making its first appearance at the National Concert Hall since sometime in the 20th century. In Brahms’s Piano Quintet they’re joined by Barry Douglas, who also plays a selection of solo pieces from Brahms’s Op. 76. The Borodins open the concert in core Russian territory, with a performance of Tchaikovsky’s String Quartet No. 1 in D. The first performance of this piece was attended by Turgenev, and was also heard in an 1876 private performance by Tolstoy, who was moved to tears by the second movement. MD