How a ‘terrible’ sound engineer became a successful independent promoter 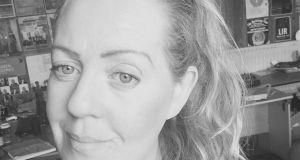 Julie Cooper: “As an independent promoter, you have to as you do everything, you book the show, you run it, you’re the production person on the day, you might drive them from the hotel, or they might stay in your house, so you’ve got to love it.”

As an independent promoter, Julie Cooper knows how difficult it is to establish a foothold in a landscape dominated by big players.

“I’d be reaching out to 30 bands and I might get one,” Cooper says of the challenge of trying to secure international acts. “It’s tough. The agents are going to go with the bigger promoter nearly every time. If an agent has 30 bands and is dealing with a large promoter already, I’m not going to get a look in.”

Despite the difficulty, Cooper has developed her Dolittle Presents promotions company over the years and has had a diverse collection of international and Irish acts with loyal small-to-medium-sized audiences coming through Dublin.

There is the odd big-name act she manages to get ahead of the posse, as was the case with Grimes’s first show in Dublin, upstairs in Whelan’s.

“I booked that through her mother, which is bizarre,” recalls Cooper. “She was so new and then it just exploded and there was no way I was getting that second show though I fought hard for it.”

These days, Cooper runs Dolittle shows, works two days a week at the Workman’s Club as a booker, freelances as Aiken Promotions’ promoter rep two days a week, and works with Overhead, The Albatross in a booking and management capacity.

A future working in music didn’t always look so rosy. Cooper began as a sound engineer in 1994 but says she was terrible at it.

“I was the worst in the world and it was kind of crushing at the time,” she remembers. “I just wanted to work in music and I hadn’t really investigated any other way of being involved.”

A fallback course in book-keeping led to an accounts job in Dublin venue Whelan’s and Cooper saw opportunities in the industry that led to promotion, encouraged by then Whelan’s booker Leagues O’Toole.

“I blame Leagues for it all, as he encouraged me,” Cooper says. “He walked me through it and taught me the ropes. I was working in Whelan’s about two or three years before I started booking shows and you can’t really learn from better people than Leagues or Derek Nally. ”

In some cases, Cooper would be in touch with an act for up to two years before booking them, including Basia Bulat, Steve Gunn and RM Hubbert, as their profile has to be right.

“There’s no worst feeling than putting a band on stage to a very quiet room. There are examples where you can take a hit on the first show financially and it’s all about the bigger picture and building their profile.”

Cooper mentions Future Islands’s first show in Whelan’s years ago where the band played to 11 people. Next summer, they’ll play to thousands in Donnybrook Stadium.

Sometimes, a radio station’s support of an act alone will sell tickets, as was the case with Slow Readers Club and TXFM’s support of the band during the daytime. Cooper promoted their first show at short notice and it sold out quickly. “It was based on radio play it was getting,” Cooper says laughing. “I didn’t have to do anything else to promote it.”

Now operating with considerable experience with Dolittle, Cooper focuses on booking acts she loves. “As an independent promoter, you have to as you do everything, you book the show, you run it, you’re the production person on the day, you might drive them from the hotel, or they might stay in your house, so you’ve got to love it.”

“My first ever show under Dolittle Presents. It was eye-opening and wonderful to see the process of booking a show, promoting right through to the production of the actual night, and to see the months of work come together with such a great show and a room full of music fans. Milosh was unreal and had  gorgeous visuals as a backdrop.”

“The first time the band sold out the Workman’s Club, the power blew and 300 odd folks were plunged into darkness. They never got to finish that night and felt terrible for the audience, so they decided to put on another show to make it up to people with a ‘pay what you feel’ entry price, completely leaving it up to the people coming to the show.  I just loved how they handled the situation, their thoughts were totally with their audience, who queued down the street that night. The show was of course spellbinding.”

“I would often rope in buddies of mine to do some show prep and for this we carved pumpkins, made piñatas and made a cauldron of mulled wine. They helped me create the most wonderful autumnal theme for the beautiful show: the room was filled with warm orange and brown leaves and a million candles. John, a wonderful human, ran down the aisles grabbing folk up to dance through the church. Though he did try and sell me at the merch stand afterwards.”

Is the book always better than the film? Spoiler: it’s not
8