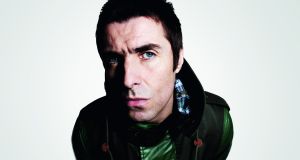 PORT – SJ McARDLE
Droichead Arts Centre, Drogheda, Co Louth
An ambitious project undertaken without the benefit of a safety net, Port sees Droichead Arts Centre artist-in-association SJ McArdle compose a song cycle about the vibrant history of (and “imagined stories” connected to) Drogheda Port. For the performance, McArdle will be joined by members of traditional/folk group Kern (of which he is a member), Michael Holohan, John Ruddy, and Josh Johnston, and – for this writer’s pitiful pile of money – one of the best female voices out there, Carol Keogh. TCL

MOTHER: LAUNCH NIGHT AT LOST LANE
Lost Lane, Dublin
Having held the fort in the The Hub for the last couple of years, the queer disco night club Mother is relaunching in Lost Lane. With a state-of-the-art sound system and a mega disco ball above the dancefloor, it will make for bigger nights out with the ragtag Mother crew. Christening the new venue with the resident DJs is Kelly-Anne Byrne, and the party kicks off at 11pm. Guest list spaces are up for grabs on the Facebook page. LB

JOSEPH
Workman’s Club, Dublin
Named after their grandfather (Joseph) and the town where he lived (Joseph, a small patch of land in Oregon), Portland sisters Natalie, Allison and Meegan certainly keep it close to home. From their 2014 debut album, Native Dreamer Kin, to this year’s third album, Good Luck, Kid, the songwriters/singers have tapped into a sombre folk aesthetic that fans of Bright Eyes, Rilo Kiley and Conor Oberst would be well advised to check out. TCL

Veterans on the music festival scene and largely adored far and wide, Cork band Shookrah are finally releasing their debut, self-titled album out into the wild. Hurrah, you cry. This Dublin gig will also be the future soul five-piece’s first headliner, so it’s a double whammy of celebrations. Working together since 2013, the band describe the album as “a time capsule – of where we are in the world right now, of where we’ve arrived in our sound and understanding of who Shookrah are”. LB

CABAL G003 w/ BOBBY ANALOG
Róisín Dubh, Galway
Promising to bring some lightness to the dark nights, Cabal is back for its third party of the season and this time it’s happening in Galway. In the main venue, the Belfast-based electronic DJ and producer Bobby Analog will be dishing out vibrant house tunes, with Niall Healy of Doubleu and Joshua Breslin acting as support. Upstairs, the Soft Boy Records collaborator Gaptoof will be playing hip-hop galore, and he has Sean Aherne and Jakub Jakubowski lined up to double down on the craic. LB

TPM
Workman’s Club, Dublin
TPM? That stands for Tax Payers’ Money. With Dundalk, Co Louth being the new Liverpool or Manchester these past few years (Just Mustard, AE Mak, David Keenan, Elephant and TPM offshoot folk group The Mary Wallopers are but several of the town’s latest batch of music talent), local brothers Andrew and Charles Hendry know a thing or two about getting the music out from town to city. Between viral hits and videos that deliver fetishist-aligned commentary on the delights of curry, the hip-hop inclined brothers look set to make sure that from next year we will all need to up our game. Special guests are like-minded Irish bands Post Punk Podge and The Deadlians. TCL

REX ORANGE COUNTY
Olympia Theatre, Dublin; also Wednesday 20, same venue
Alexander O’Connor had a swift start: in 2016, the then Hampshire-based 18-year-old went from self-releasing songs on Soundcloud to being flown out to Los Angeles to work with Tyler, the Creator. Three years later, with three albums to his name, multi-instrumentalist O’Connor is recognised as a leading (and quite young) figure in the intersection of indie pop, neo-soul and jazz-influenced hip-hop. His latest album, Pony, has been described as “dazzling” (NME), and “jaunty” (The Guardian). This is all very well, but what we really want to know is whereabouts in Ireland does one or both of his parents come from? TCL

SORCHA RICHARDSON
Whelan’s, Dublin; also Róisín Dubh, Galway, Friday November 22
A former resident of New York (she returned to Ireland two years ago), Sorcha Richardson launches her highly anticipated debut album, First Prize Bravery, with a gig that is bound to introduce her to more than just avid fans. The album has been a long time coming, interrupted by a diagnosis of (and treatment for) thyroid cancer and other less important matters such as stage nerves. TCL

GHOST
3Arena, Dublin
Recent visitors to Ireland (they were on the support bill for Metallica’s Slane Castle show earlier this year), Sweden’s Ghost have something of a reputation to uphold. Their performance schtick is not so much cloak-and-dagger but cloak-and-cloak, as most of the band members wear virtually identical face-covering costumes. Intriguingly, the majority of these faceless ones aren’t named but rather go under the spooky umbrella title of Group of Nameless Ghouls. Front of stage, however, is Tobias Forge, the leader of the pack. All good fun? More than likely, even if the band’s Satanic themes make some people a tad anxious. As threatening as a box of Black Magic? More than likely, too. TCL

JADE BIRD
The Academy 2, Dublin
If you missed Jade Bird’s performance on RTÉ’s Other Voices this year, it’s worth a wee google and a gawk to see what you missed out on then. The 22-year-old English singer-songwriter is kind of country and kind of blues, but fully incredible. Ingesting Americana, she puts her own twist on it – from living in military bases London and travelling around the UK and Germany. She’s a sharpshooter of a songwriter and an exceptional performer, so beat the OV FOMO and catch her live now. LB

MARIA KELLY
The Sound House, Dublin
Having spent the last year and a bit living and working in Berlin, Westport singer-songwriter Maria Kelly is freshly home and already back on the proverbial gigging horse. Always drawing on the personal so eloquently, the alternative folk singer’s Notes to Self EP was a collection of songs that explored the disconnected feelings of leaving home and piecing them together in an unfamiliar place. Playing support for Villagers and touring with Paul Noonan this summer, she is loaded with new material for this special gig. LB

SIGRID
3Arena, Dublin
One of life’s pleasures in music is to see an artist you really admire graduate from venue to venue, each one bigger than the previous one they performed in, and then finally make boom-bam-bosh big time without losing a shred of what made you love them in the first place. Norwegian songwriter Sigrid must have played Ireland 10 times in the past two years, and not once have we witnessed a poor gig. The music is a mirror image of the artist: unpretentious but dynamic. Songs will be mostly from this year’s debut album, Sucker Punch, but we’re guessing the next batch of songs are already written, so expect a few new ones, too. Advice? Be nice and kind – don’t kill her vibe. TCL

HIDDEN AGENDA presents: WILLOW
Wigwam, Dublin
After playing a whopper headlining set at Electric Picnic’s Anachronica stage this year, Manchester’s Willow is back for more. Covering everything from classic hip-hop to ambient techno and throbbing house, she digs deep into the bass so that you can cut loose. Doors open at 11pm, and support on the night comes from the Berlin-based Dubliner Bill Mango and Dublin electronic wizard Dundon. You can nab a ticket online for a tenner, or €12 if you leave it until later. A fair price for a party. LB

LIAM GALLAGHER
3Arena, Dublin; also Sunday 24th, same venue, sold out
And so it looks as if the runt of the litter has sneaked up behind the top dog and bit him on the butt. This was never supposed to happen, of course. Noel Gallagher was the primary Beatles-fixated songwriter in Oasis, and younger brother Liam the snarling vocalist. When the band split, the former went on to consolidate his career via his High Flying Birds outfit, while the latter formed the mediocre Beady Eye, which soon went belly-up. The past few years, however, has witnessed tables turning, with Noel treading water as Liam splashes. With two successful solo albums under his belt – 2017’s As You Were and this year’s Why Me? Why Not – and sold-out shows at venues such as 3Arena, one has to give credit where it’s due: younger brother has done well. TCL