Louise Lowe: On My Culture Radar

The theatremaker on Washington DC, Amanda Coogan and 4DX cinema 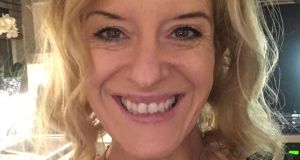 Louise Lowe: Seeing On Raftery’s Hill and Cyprus Avenue at the Abbey made me feel like I’d been sucker-punched

Current favourite book?
I’ve been so busy with work that I want books which send me to a different world. So I’ve been reading Skin Deep, by Liz Nugent. I read most of that in one sitting. It’s a contemporary murder mystery that goes backwards in the protagonist’s life. The use of metaphor and the striking landscapes are what got me.

Restaurant
I went to Rustic Stone in Dublin last weekend, and I’m never disappointed there. I’m quite fussy. I like changing things up on the menu, and they’re really accommodating with my peculiarity. Their poached-pear polenta dessert is exquisite. On the opposite end, I discovered a place called Franco’s while in Shoreditch, in London. It’s an Italian chipper and diner run by Michaela, who was my Italian mammy while I was there. I had their sandwiches for lunch every day.

Play/musical
I went to see two plays recently, On Raftery’s Hill and Cyprus Avenue, with Stephen Rea. They were both at the Abbey Theatre in Dublin, and I saw them the day after each other. I felt like I’d been sucker-punched twice in as many days. When you work in the industry you look at plays mechanically, but both those productions got under my skin and took me to completely different places. They were dark and delicately constructed, and I was blown away.

City
I love Washington DC. I’ve been there three or four times. It’s much smaller than I expected, but I like the order and shape of it, and that you can find strange things if you look. It’s a political powerhouse, but there’s lots of arts and culture – anywhere around Dupont Circle has great restaurants, nice chatty people and lots of bookstores. It feels vibrant and happening.

The Animals: Inside Looking Out

Artist
My favourite artist is Amanda Coogan, who’s an Irish artist. She has the ability to take a massive, messy idea and transform it into a tiny gesture or moment that speaks to us on a different level. I often feel that I, as the viewer, am the final bit of communion she needs in order to understand what it is she’s making. Her body of work in the last number of years is nothing short of inspirational.

Podcast
Most recently I started listening to West Cork on Audible. It’s about the unsolved murder of Sophie Toscan du Plantier, the French documentarymaker, in Co Cork in 1996. It took me a while to get into it, but when I did I was hooked. I listened to it by myself, but when we were down in west Cork I made my friends listen, too, so that we could discuss it.

Film
I tried 4DX for the first time when I want to watch Deadpool 2, and it was extraordinary. I was rained on, I felt a push of air go past my ear when people were shot in the movie, and the seats move all the time, like on a roller coaster. It feels like you’re part of the movie, particularly when they’re flying. It was so much fun. Jurassic World: Fallen Kingdom is in 4DX, too, so that will be my next outing.

Music
I’m on a 1960s vibe at the moment, so I’ve been listening to a lot of The Animals. I’ve made lots of playlists for myself. There’s an energy behind the beats, especially in Inside Looking Out, that caught the zeitgeist.

William James: in praise of the Irish goodbye
Real news has value SUBSCRIBE