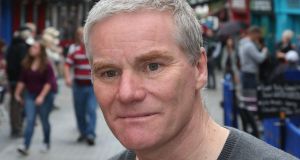 The Galway 2020 European city of culture board intends to appoint a replacement for its creative director in July, according to its chief executive.

Addressing a special meeting of Galway City Council on Tuesday night, Hannah Kiely also said that she had taken over the role of business engagement director – a post which had been offered earlier to a candidate and then withdrawn.

Ms Kiely acknowledged that there had been “challenges and bumps” along the way, but told councillors that there was “nothing” that “can’t stop us working together” to ensure the success of the Galway 2020 project.

British theatre director Chris Baldwin, who had been appointed Galway 2020 creative director last July, left the post last month by “mutual agreement”, according to the board, having served less than a year of his contract.

Neither Mr Baldwin nor Galway 2020 has commented further on his departure.

Pressed by several city councillors to give more details on Mr Baldwin’s resignation, Ms Kiely said that she would not answer any queries about any staff that had been employed by the company, due to data protection considerations.

Ms Kiely also declined to respond in relation to questions from Fine Gael Cllr Padraig Conneely and Cllr Ollie Crowe of Fianna Fáil about the circumstances in which the post of business engagement director was offered and then withdrawn, and the impact on raising a projected €7 million sum from the private sector as a result.

“There are just 18 months to go, and there seems to be a significant shortfall in funding,” Cllr Crowe said. “This is 10 times the size of the Volvo ocean race in terms of budget, and I don’t think that 18 months out we are ready.”

Cllr Conneely also sought clarification on how appointments were made and whether there was a conflict of interest issue in relation to companies contracted by Galway 2020 for a “legacy” conference this week and for recruitment.

Cllr Billy Cameron (Labour) said there was a “whispering campaign” about Galway 2020 and a “lot of negativity”, which he believed to be detrimental to “brand 2020” and to Galway city itself.

Independent councillor Collette Connolly expressed concerns about details issued to the meeting on the €46 million budget, with no detailed breakdown of figures and no detail of sponsors.

Independent councillor Declan McDonnell said that while the theme of Galway 2020 was “making waves”, he believed “some people in this city are trying to create a storm at sea”.

However, he expressed concerns about openness and transparency, and was critical of the Galway 2020 chief executive’s failure to respond to an invitation through him to visit the European Parliament.

Sinn Féin’s Cllr Mark Lohan expressed concern about physical infrastructure, while his party colleague Mairead Farrell believed there should be greater emphasis on the Irish language.

Cllr Noel Larkin (Ind), who was mayor when the successful bid was made, was critical of “negativities” and said he had full confidence in the 2020 board and chief executive. He recalled there was a view that the project should not “peak too early”.

Ms Kiely said that Galway 2020 would soon enter the “delivery stage”, and said that while all projects are currently at ‘memorandum of understanding’ phase, the correct processes, funding structures and management frameworks are in place as the programme has moved from planning to implementation stage.

Galway 2020 board chairwoman Aideen McGinley acknowledged that there was a “communication shortfall”, and said that two members of the board were “doing a lot of work to calm down fears” within the European judging panel.

The project had never promised physical venues, but “as partners with others” it could help to leverage infrastructure, she said.

She acknowledged that she had recommended a company to the board which was hosting the legacy conference this week, and had declared her link to the company. She said she was an associate, and received no remuneration for the conference.

Galway city chief executive Brendan McGrath confirmed that the total city contribution would be €6 million, and that Galway County Council had provided €850,000 to date and had committed to €2 million of its promised sum of €6 million.

There were 13 applications to EU funds, worth €300,000 to date, and every project in the bid book would have a European partner, he said. Some €1.7 million promised during the bid book preparation represented “actual commitments”, he said.

Mr McGrath said he had “complete and utter confidence” in the chair and chief executive and was satisfied that governance and procedures were “robust”.

He said there would shortly be some “exciting” appointments which would “take on the work that Chris Baldwin started well”, and said that “every city of culture since the year dot” had experienced the departure of a creative director.

“If someone goes and goes on statutory entitlements, I am quite satisfied with that,”he said.

The capital of culture designation was about “animating and incubating” the creative sector in the region, and creating the next generation of “the Padraic Breathnachs and Garry Hynes”, he said, and he would “leave no stone unturned” to ensure this was the “best capital of culture ever”.

A motion that Galway city council fully supported and endorsed the board of Galway 2020 and its chief executive was carried by 14 votes to three.