Unthinkable: Without a ‘soul’ there is no self, says philosopher Richard Swinburne 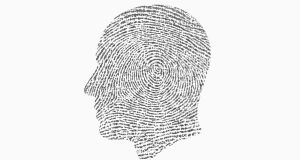 If the self is located in the body, Richard Swinburne asks, where exactly can we find it? Photograph: iStock

A timeless question that still awaits a conclusive answer is whether you, in fact, exist. Sure, you think you exist. But where exactly are “you” located?

Respondents have traditionally fallen into two camps. Physicalists, who maintain that all that exists is physical, and dualists who claim mind and body are different realms of being. To “the problem of personal identity”, physicalists says “you” must be located in your brain or other bodily matter if you exist at all, whereas dualists argue that something else floats beyond your body – a mind, spirit or soul.

Veteran philosopher Richard Swinburne has written a new book to try to settle the argument once and for all.

As a well-known Christian apologist, Swinburne (84) is unlikely to win over committed physicalists but, in Are We Bodies or Souls? (Oxford University Press), he does put up a plucky defence of what’s known as substance dualism, a philosophy commonly associated with René Descartes.

Swinburne throws down a challenge that can’t be ignored

Swinburne argues that if there is such a thing as “you” it can’t be found in the purely physical. “I claim that it is plausible to suppose that there is a law of nature which brings it about that at a certain stage of its development each human foetus gives rise to a connected soul.”

He acknowledges a “pairing problem” with this stance as he cannot explain “why a particular brain is ‘paired with’ a particular soul”. But “it is inevitable that laws of nature could not explain this connection”, given the soul has a quality – which he calls “thisness” – that cannot be measured.

Critics will accuse of him circular reasoning? Or of fabricating the soul – like “the god of the gaps” - to fill a hole left by science? But Swinburne – this week’s Unthinkable guest – throws down a challenge that can’t be ignored. If he is wrong, how can you know “you” exist at all?

Your central argument in the book focuses on the implications of brain transplantation. Tell me more.

“They would both have a large part of her brain and would remember much of her past life. But they could not both be Alexandra; for then they would be the same person as each other – and clearly they are not.

“There are only three possible results of the operation: either Alexandra now has Alex’s body, or she now has Sandra’s body, or she has ceased to exist. But however much we know about exactly what has happened to every atom of Alexandra’s brain, and however much we know in detail about exactly how accurate are the memories of Alexandra’s past life had by the two resulting persons, we still would not know for certain whether Alexandra had survived the operation.

Can one ever prove the existence of a soul? It seems convenient that the soul which you say exists can’t be measured.

“Our soul, that is ourselves without presupposing our body, is an experienced substance, not a substance postulated in order to explain something else. It cannot be measured because it does not ‘occupy’ a region of space; but there is a region of space with which it interacts, and that is our brain.”

The impending emergence of artificial intelligence makes the question ‘What are humans?’ all the more urgent. Is personal identity in danger of being eliminated by technology?

“Scientists may produce robots which behave in more and more respects like humans. But we would only have grounds for believing robots to be conscious if the events in them which cause this behaviour were similar to the brain events, themselves caused by conscious events, which cause such behaviour in us.

“But given that robots are made, not out of carbon-based cells with DNA nuclei interacting by transmission of chemicals, but out of silicon chips interacting electronically, the internal events which cause their behaviour are so different from the brain events which cause our behaviour, that we are not justified in believing that they are conscious beings.

“So robots are not persons and so there is no issue of personal identity between them.”

Does philosophy provide any answers?

“A philosopher is a blind man in a dark room at midnight looking for a black cat that isn’t there. A theologian finds the cat.” – Anonymous