Is virtue ethics making a comeback, 2,400 years after Aristotle? 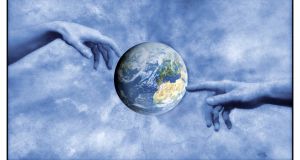 Unlike both utilitarianism and rights-based theories, virtue theory assumes human beings and the planet Earth have intrinsic purpose, from which moral commandments flow.

A defining feature of the evolution of western ethics has been the displacement of the language of virtue for that of utility and rights. While virtue theory – the construction of a moral framework around the ideal of “the good life” and related character traits – dates back to Ancient Greece, it has been commonly associated with religion. And this helps to explains why it has fallen out of fashion since the Enlightenment.

But are there signs of that movement being reversed?

On issues like economic injustice, the migration crisis and climate change, many thinkers are coming to the view that the dominant methods of ethical reasoning are failing. Calculating right and wrong by measuring inputs and outputs has brought us piecemeal “solutions” like carbon trading, refugee quotas and tax harmonisation and, while these may be welcome in their own right, there is general consensus that they fall far short of what’s required.

Hence virtue theory is being dusted off as a possible way forward. Unlike both utilitarianism and rights-based theories, it assumes things such as human beings and planet Earth have intrinsic purpose, from which moral commandments flow.

The Canadian author and politician Michael Ignatieff has suggested that the cause of refugees can be better advanced through harnessing virtues like charity and humility than hammering on endlessly about rights.

Instead of treating human life as just another input in ethical decision-making, virtue ethics calculates right and wrong on the basis of human flourishing, and so, says Mason, “there is a strong case for saying that virtue ethics is the only ethics fit for the task of imposing collective human control on thinking machines”.

Another person falling into this virtue theory tradition is Lauren Doyle (16), the winner of this year’s Irish Young Philosopher Awards.

A transition year (TY) student from Mount Sackville Secondary School, Dublin, she took on the double-barrelled question “Why is nature beautiful and why do we destroy it?”, impressing the judges with her synthesising of thinkers as varied as Peter Singer, Johann Wolfgang von Goethe and, yes, Aristotle.

Doyle credits her teachers Jana Elkhawad and Hazel Scanlon, who ran a philosophy module for her class, with planting the seed for the project, which was supported by the school’s TY co-ordinator Clodagh Havel. She says she is passionate about languages, particularly German, and heartily endorses Richard Wagner’s view that nature is a Gesamtkunstwerk – translating as “a total work of art”.

Doyle starts by exploring why nature is beautiful, or at least valuable. She cites Aristotle when he observed “nature does nothing uselessly”. She adds: “Every bee, worm, frog tree and flower is beautiful because nature evolved it for a purpose, one of gene replication and survival. It will continue to do so for future purposes we just haven’t seen yet and may never see. Just like us, all of nature is here for a purpose.”

The view is born from her own experience. “I have always loved nature and it has always been something of a part of me since I was very young,” she explains. “I used to love hiking and cycling around the country, and the more I looked around me the more I asked: Why do people actively destroy nature when there is so much beauty in it?”

Doyle offers a number of possible answers. First, “not everybody has the opportunity to experience beauty and, as our cities develop, we get more detached from nature.” Second, “because we are becoming more evolved and progress more as a species,” she says, “perhaps people are thinking we are not at the same level as other animals.”

Doyle here quotes the Australian philosopher Peter Singer: “All the arguments to prove man’s superiority cannot shatter this hard fact: in suffering the animals are our equals.”

“Aristotle believed when we find the middle way between having excess and having nothing you are righteous,” she continues. “People do not seem to understand this idea of moderation. Things are becoming unsustainable because we do not really understand the idea of the golden mean.”

All the arguments to prove man’s superiority cannot shatter this hard fact: in suffering the animals are our equals

In a video accompanying her presentation, she asks: “Are we to keep nature in harmony and be protectors of humanity’s future? Are we to be the civilisation who went beyond the golden mean only to find chaos? The choice is ours for right now.”

With fighting talk like that, Doyle might be described as Ireland’s answer to Greta Thunberg although it’s clear the Ratoath, Co Meath, native has a mind of her own. What she shares with the Swedish schoolgirl activist, but perhaps more so with Aristotle – the father of virtue theory – is a belief that thinking starts with action.

“I love nature and I love thinking other people should experience the beauty of nature,” she says.

“There are parks for people to visit. It’s good to get outside, even if you are in a city, to get out in the fresh air. You don’t need to be in the countryside; you only need to open the window and look up to be aware of the bright blue sky. It really makes you feel humble as a person.”

* The second Irish Young Philosopher Awards took place at University College Dublin last week. Prizes were awarded in 17 categories from political philosophy to existentialism, along with the Arthur Cox grand prize which was presented to Lauren Doyle by President Michael D Higgins.

Students from both primary and secondary schools can enter as either an individual or a group. https://youngphilosopherawards.ucd.ie/

* A network of teachers promoting philosophy with children across Europe is holding its annual meeting at NUI Galway next week.

Details of the Thinking the Unthinkable event, which includes a free symposium on May 31st, can be found at the Sophia, European Foundation for the Advancement of Doing Philosophy with Children, website http://www.sophianetwork.eu/