Do male and female brains differ? A philosophical response

There’s nothing in science that disproves the existence of free will, say Helen Beebee and Michael Rush 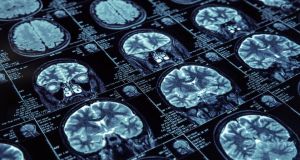 ‘Whether there is free will is not the sort of thing we can tell by looking,’ says philosopher Michael Rush.

Science and philosophy have had a strained relationship in recent times. Their roles resemble that of a wide-eyed child and her grumpy uncle. Each time the youngster runs in with a new discovery, the older relative harrumphs: “Is that all? Sure, that doesn’t amount to anything?”

Philosophical pooh-poohing of neuroscience is particularly pronounced, especially giddy claims that brain scans have unlocked the secrets of human consciousness. Atheistic thinkers like Sam Harris and Jerry Coyne have latched onto current research to declare that free will does not exist. Rather, they say, our every decision is encoded in nature – a stance known as determinism.

Up step Helen Beebee (HB) and Michael Rush (MR) to play the role of grumpy aunt and uncle. Today’s Unthinkable guests, the joint authors of Philosophy: Why it Matters (Polity) warn against inflated claims from neuroscience about the non-existence of free will, the inevitability of gender difference and much else besides.

Every couple of weeks there is a new study out on whether men’s and women’s brains differ. The majority view among neuroscientists now seems to be that brains are, in fact, gendered but it’s due to nurture rather than nature. What role do philosophers have in this debate?

MR: “If the differences come from nurture - which seems plausible if we’re talking about gender, because gender is a social phenomenon rather than a biological one - then the differences are not in any interesting way differences between kinds of brain; they’re differences in what we do to brains, or what kind of things we can make brains into.

“If we’re talking about the sexed nature of brains - a biological rather than a social phenomenon - then it’s plausible that there are differences between male and female brains, since they are intimately linked to, for instance, hormones, and the presence and levels of certain hormones vary depending on which sex one is.

“One role that philosophers have in this debate, as they have in any debate, is keeping the discussion honest.

“Neuroscientists can tell us what differences there are, if any, between male and female brains; philosophers can explain why the mere existence of the differences wouldn’t entitle us, despite what many people seem to think, to say that they were innate or outside our control.”

HB: “That’s a question I’m really interested in. I’m increasingly thinking that the answer is ‘yes’ – but, as Michael just said, we have to be careful not to jump to the conclusion that that’s because of innate or uncontrollable differences, as opposed to upbringing and socialisation. And of course we can only make loose generalisations here.

“With those caveats in mind, here’s a hypothesis: men tend to be keener to abstract away from the messy details of real life, and to think of philosophical debate as akin to a battle, where you want to be on the winning side and you don’t want to show any weakness to the enemy.

“It’s not hard to see how these characteristics might have been inculcated and encouraged from early childhood onwards given the nature of the culture we live in; again, I’m not talking about all male philosophers, and I’m not claiming these features are innate.

“And those things can make a real difference to the substance as well as the style of philosophical discourse – to what kinds or areas of philosophy get privileged as important or central as opposed to uninteresting or peripheral.”

Another battle ground between neuroscience and philosophy surrounds the question of free will. Is there an experiment that could be designed to settle the matter once and for all?

MR: “No. Whether there is free will is not the sort of thing we can tell by looking. It’s easy to get carried away with the widespread successes of the scientific method and start assuming that it is the only – rather than just a really fruitful - way of getting to know things about the world.

“Some things, like what happens when you chuck caesium in the bath, are most easily discovered by, well, in that particular case, grabbing some caesium and chucking it in the bath. And standing well back.

“Some things we can’t discover by running an experiment. But if we can’t send out a search party to see if we have free will, and we don’t think the question is hopeless, how else might we set about it?

“What we do first is we define in careful terms just what we mean by asking if an action is free. Once we’ve decided what we’re asking about, we consider our other theoretical commitments, and we see if free will is consistent with those. Both those essential tasks are very difficult, but neither is achievable by running an experiment.”

Thinkers on free will have divided into three camps: determinists (who say all future states of mind have prior causes in line with best scientific thinking), free-willists (who reject determinism), and compatibilists (who see no contradiction between free will and determinism). Which one are you?

HB: “Well, I’m not sure about determinism; I think that’s one for the physicists to figure out. But I’m a compatibilist so I think even if determinism turned out to be true, we would have free will.

“We wouldn’t be controlled by the laws of nature, or by our brains – as though we’d just be puppets being controlled by some unseen puppet-master. To put it crudely, there isn’t enough of a gap between me and my brain for it to really make sense to think that my brain is somehow controlling me. And as for the idea that laws of nature control me, well, I’m not even sure that makes sense.”

What about you Michael? Is determinism a rational stance?

MR: I think the answer is ‘yes’, but there are a couple of questions worth keeping separate. Is it rational to believe that every event was fully caused by some preceding event, according to the operation of some fixed natural laws? Sure.

“Whether that’s true, and what those laws are, look like jobs for physics to concern itself with. The second question is more worrying to some people: Is it rational to believe that if determinism were true we would have no free will? I think the answer to that is ‘yes’ as well.

“It’s also rational to believe we would have free will under those conditions. Whether or not we have free will won’t be decided by whether either view is irrational, just like two scientists can both be rational but disagree about whether the evidence they share points to the existence of a new boson.

“One complication we find in the debate over free will is that people would apparently much prefer it if they had free will. I can’t bring myself to worry about that.”

Question: Do plants or non-human animals have free will?

Aristotle replies: “The nutritive soul is found along with all the others and is the most primitive and widely distributed power of the soul . . . [BUT]plants cannot perceive in spite of their having a portion of soul in them.”