Is the book always better than the film? Spoiler: it’s not 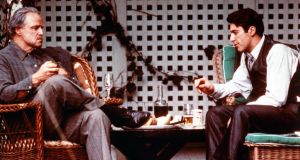 Oh no. The champion of the untrue truism is back. He’s pressing you into the corner of the train carriage and puffing up to bore-for-Europe dimensions. Which facile, exhausting gibberish will it be this time?

“The book is always better than the film, you know?”

The phrase is usually uttered in a matter-of-fact tone that expects – indeed demands – no contradiction. Hedgehogs are prickly. Antarctica is chilly. The book is always better than the film. One can usually generate a theatrical dropping of pince-nez by pointing out that, insofar as any such subjective assessment is possible, the last statement is demonstrably false.

Take a deep breath and ponder the following: The Godfather (everyone always starts with The Godfather), Jaws, The Exorcist, Psycho, Vertigo, To Catch a Thief (or any Hitchcock adaptation with the possible exception of those from Daphne du Maurier), Dr Strangelove, Goodfellas, The Old Dark House, Now Voyager, The Graduate, The Bourne This, The Bourne That, The Bourne the Other, The French Connection. . .

The temptation to fill the entire page with movies that, by most reasonable viewers’ assessment, are superior to the source material is close to overwhelming. William Friedkin, director of The French Connection, didn’t even finish reading Robin Moore’s non-fiction novel. The film won best picture. The book is largely forgotten.

One thinks back to Wolfgang Pauli the great Austrian physicist and his famous (possibly apocryphal) dismissal of an ill-thought-out paper by a younger scientist. “That is not only not right; it is not even wrong,” he is alleged to have remarked. That is to say the argument is so feeble it is hardly worth dismissing. Hedgehogs are hat stands. Antarctica is Coldplay. The book is always better than the film.

So, what is going on? Why do people keep saying this?   Josh Olson, Oscar-nominated screenwriter of A History of Violence, was quick to hammer the author’s fungal thesis back into the soil on Twitter this week. “Stop with this idiotic snobbery . . . there are COUNTLESS movies better than the book.” he said. “It’s always presented by people looking for a pat on their pointy head for their cleverness,” Olson wrote to me later.

It is unfair to read rebarbative motives into every human who claims “the book is always better than the film”, but let us do so anyway. There is so often a sense that the complainant wishes to let us know that he or she has actually read an entire book. Snobs still see literature as the higher form and our whinger wants to associate himself with the snobbiest snobs in the Senior Common Room.

When one digs into the complaints it becomes clear that the mob is often less upset about supposed deficiencies in the film than by the failure to slavishly replicate the reading experience.

Even the slimmest novel will contain more plot than can be squeezed into an averagely-sized film. The characters and locations will, however closely the film-makers follow the descriptions, never look like those the reader composes in the brain. So what? The best adaptations ruthlessly retool text to suit the different demands of the audiovisual medium.

Alfred Hitchcock famously preferred pulp sources to more literary inspirations – Psycho rather than Rebecca – as he could then ditch extraneous fat and alter what remained with less danger of complaint from uppity readers. Faithfulness to the source material is not a virtue in itself. The film-maker’s prime objective should always be to create a work that succeeds on its own cinematic terms.

Hitch would not have much enjoyed the current online interaction between viewers and creatives. The misconception that adaptation should be little more than an exercise in translation has caused producers to become ever more exhaustingly faithful. Nobody dares alter a plot point in a Harry Potter movie lest the digital hordes accuse them of making an “error”. Hitchcock would have polished off Gillian Flynn’s Gone Girl in 100 minutes. It took David Fincher two hours and 50 minutes to plod through that pulpy novel. If films now are habitually worse than the book (spoiler: they’re not) it may be because they are too like the book.

Is there any sense in which the exhausting maxim holds true? Most of the films listed above as surpassing their source material are derived from contemporaneous popular fiction. One might reasonably ask if any established literary masterpiece has generated a film that occupies a similarly exalted place in the cinematic canon.

Maybe Coppola was on to something. If you alter enough, the bore on the train might not even notice you’re working from his favourite novel. Anything to shut those people up.